On our last day in Uganda, we were in the hills just south of Lake Edward as a lorry darted round a bend on our side of the road. I had to brake suddenly and swerve out of his way. We didn't collide but in the next curve, a long downhill, the brakes failed. I had to shove my foot down a couple of times and drive into the rough in order to avoid a near disaster.

I couldn't smell anything or see any smoke as I checked the wheels. The tyres were still ok. I then discovered that the brake fluid container was empty and that as I topped it up, the fluid ran away and out of the front right wheel. At snail's pace and using the gears to brake we crept into the next settlement and found a mechanic. A crowd of men appeared within an instant and one of them spoke enough english to get by with.

They soon had the wheel off and found the problem. A piston seal had broken. One of the mechanic's helpers was sent to fetch a new one but he soon returned without success. I then disappeared into the back of the van and dug a spare piston set out from under the bed. They were very impressed and advised me to change the pistons completely instead of just using the seals, which we agreed to.

The job was soon done and whilst the tyre was put back on and the brakes were bled, we did a roomtour for the onlookers. They were very impressed by the fridge and we soon had no more cooled water left in it. The mechanic asked for 150000,00 UGX and was over the moon as I handed over 170000,00 shillings (34,48 EUR). We had made his day and thanks to him we managed to continue our journey only an hour and a half later. 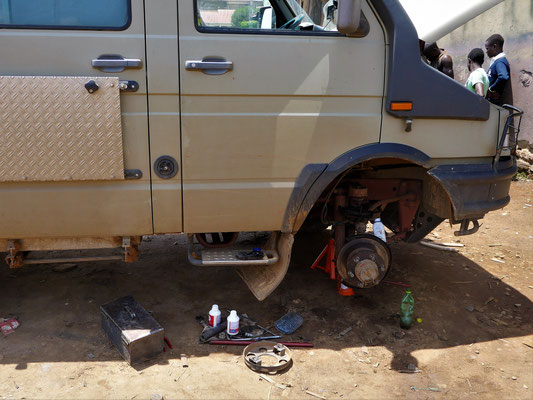 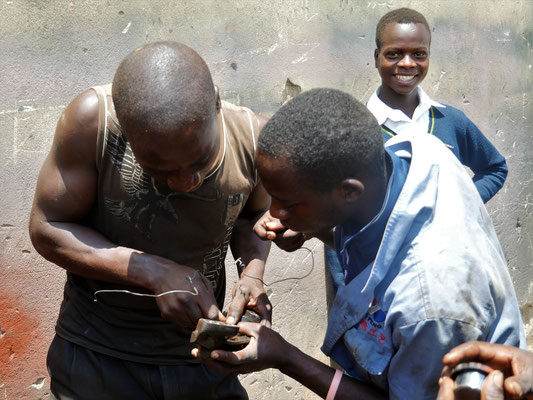 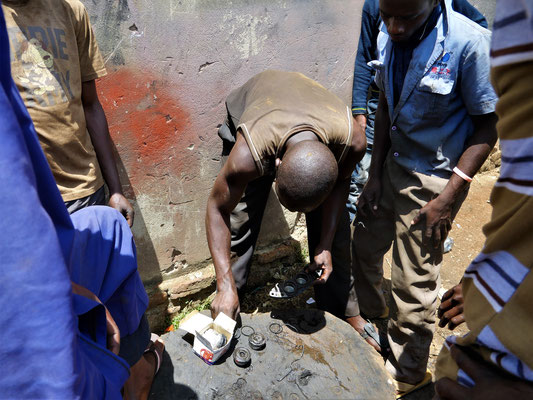 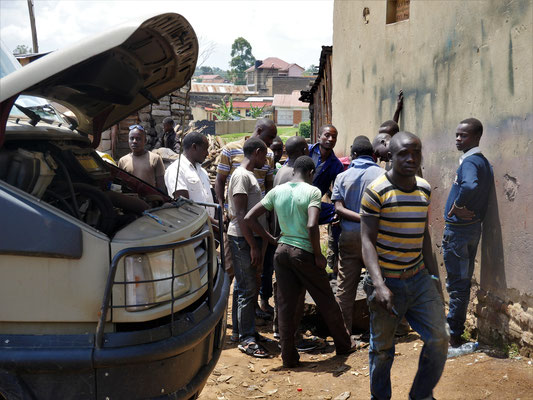 Rolex, or rolled eggs, are fried eggs rolled up in a pancake. Usually you get a few slices of tomatos and onions with it. They are sold in almost every village from early morning till late. They cost 1500,00 shillings, which is about 0,35 euros and they taste delicious !!!