It seemed a shame to have raced through the Turkana three weeks ago. Getting our entry stamps as soon as possible then had priority. Now we had time and so drove back to Lake Turkana. 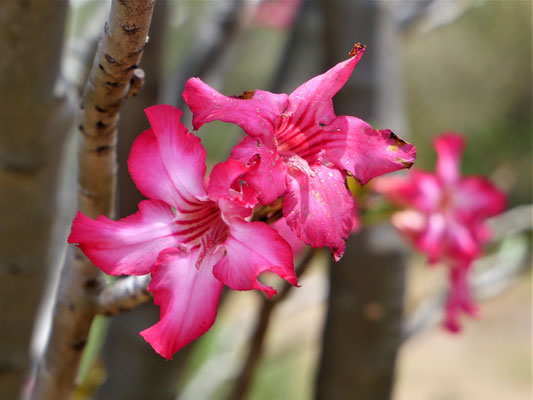 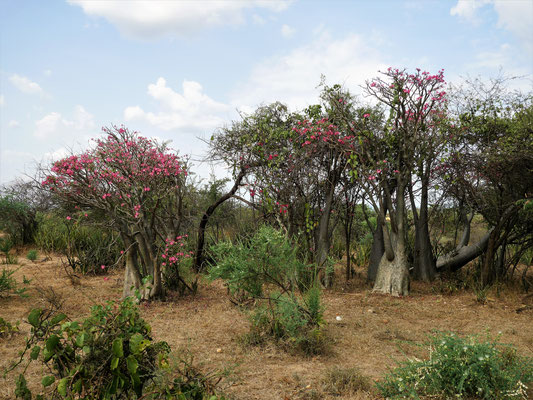 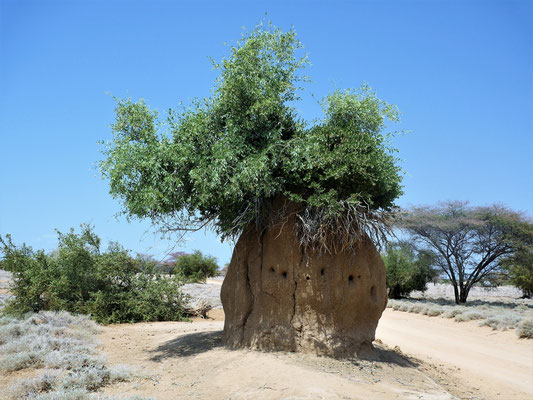 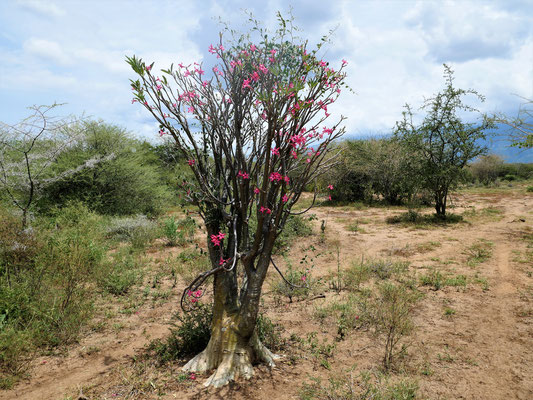 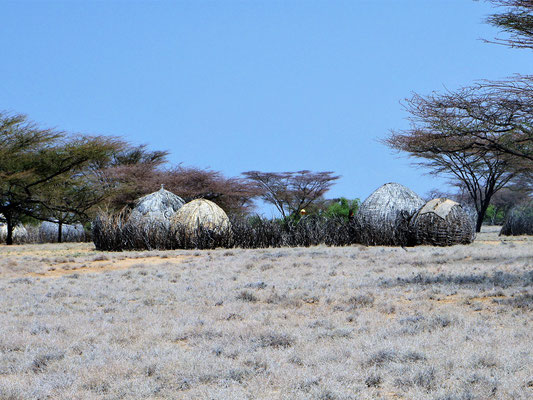 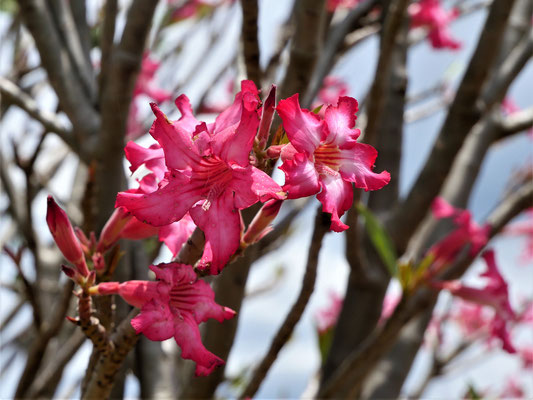 From Kisumu we didn't drive directly north in order to avoid roads we had previously used. Instead we drove to Lake Baringo, crossing the Equator for the second time, at Mogotio and stopping over at Roberts camp. The world is sometimes a small place. That evening we bumped into Achim, whom we had met in Nairobi, and met Hilda, his partner, who had just flown in for a few weeks off. We dined together and over a few beers exchanged travellers' stories and the latest news from the Jungle Junction. Cathy and Brett had had their truck "seen to" by Chris, and were now together with Padraig and Tony up north, on the other side of the Lake in Marsabit. 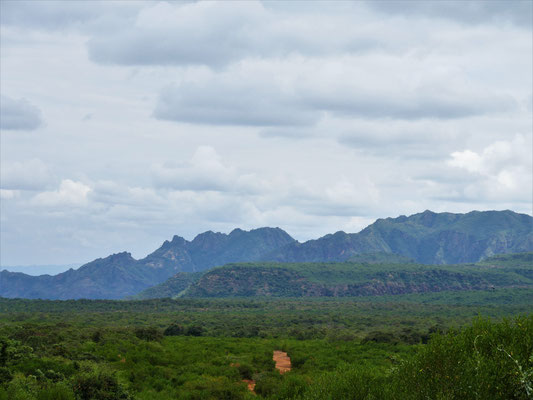 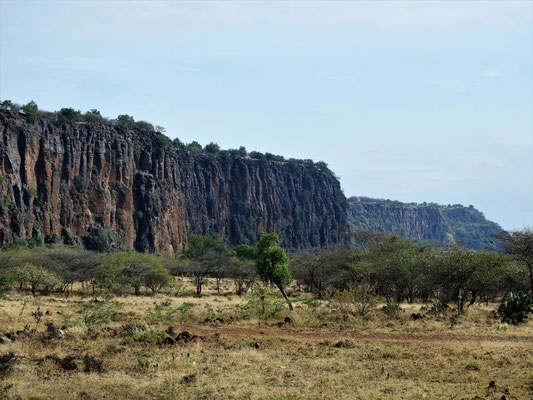 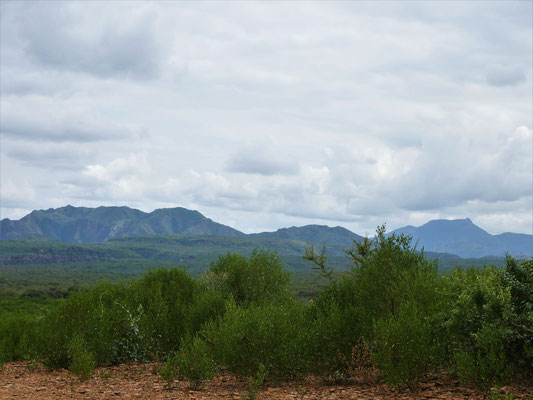 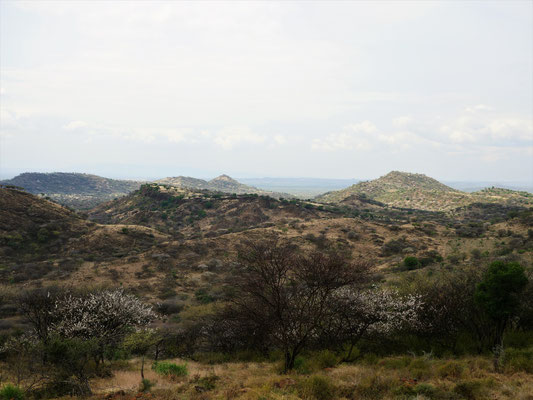 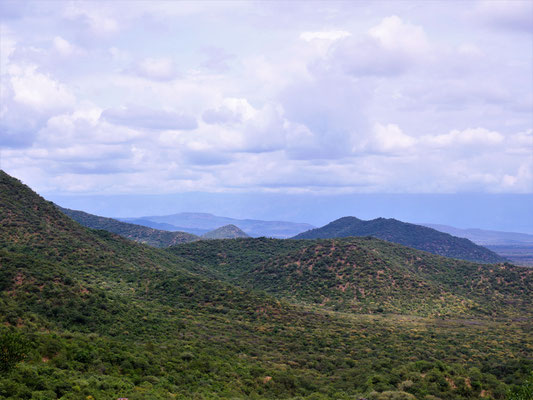 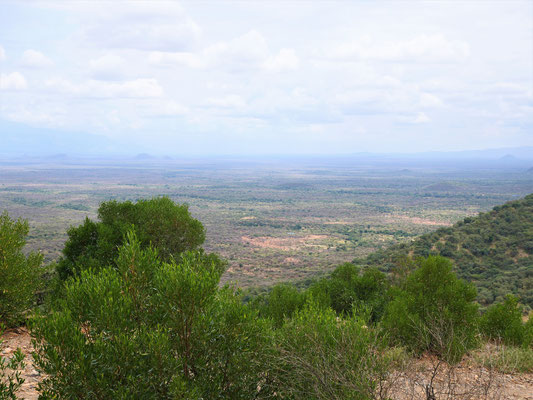 Our next destination was to be Lokori to the east of the South Turkana National Reserve, but we missed the road and of course our navi was of no use at all. Lokori was unknown and typing in Lodwar meant that we were constantly being lead toward the main road, the A1, via the B4, instead of taking us along the C 113. People we talked to along the way couldn't really help either. Lokori must have been a whole world away for some of them. But after all, the journey is the reward. We certainly were rewarded, with beautiful countryside and magnificent views over the Rift Valley. 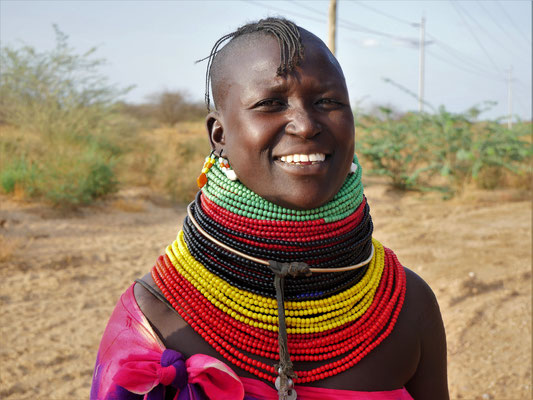 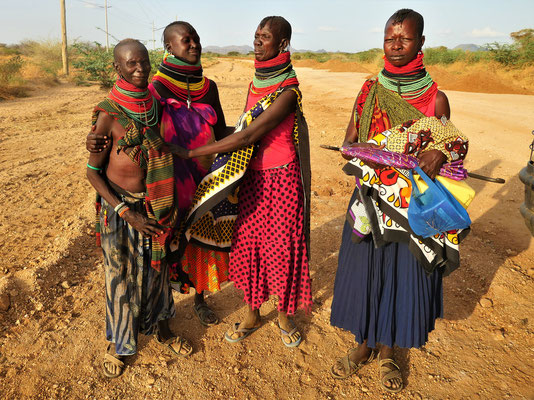 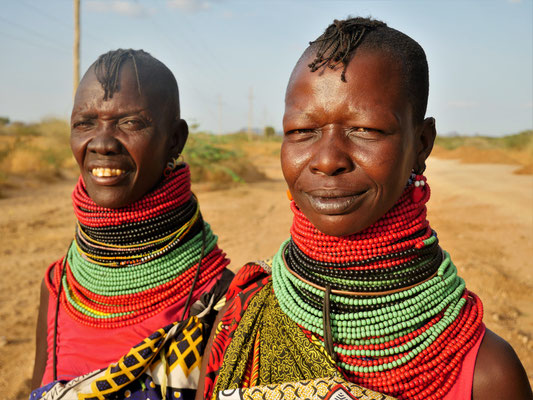 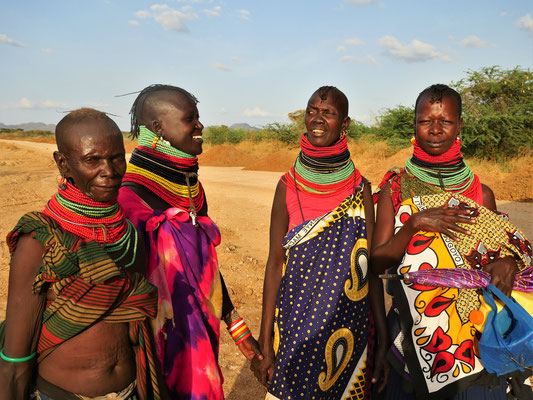 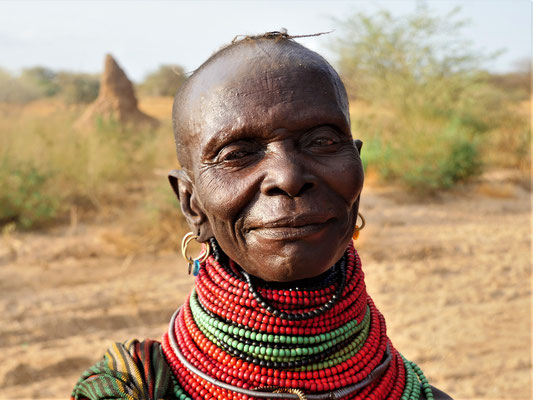 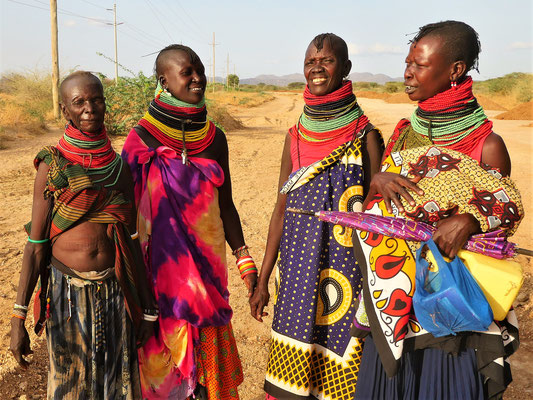 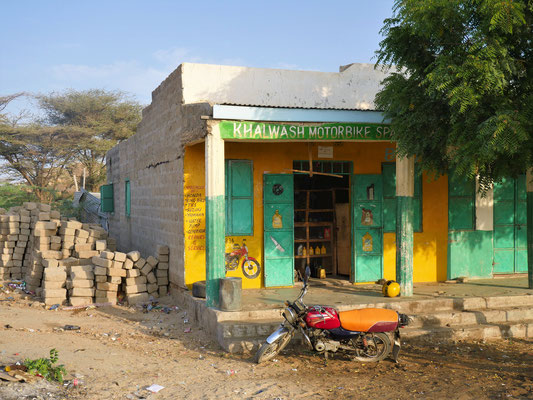 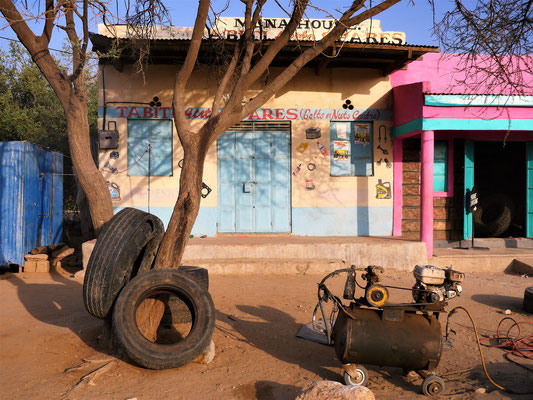 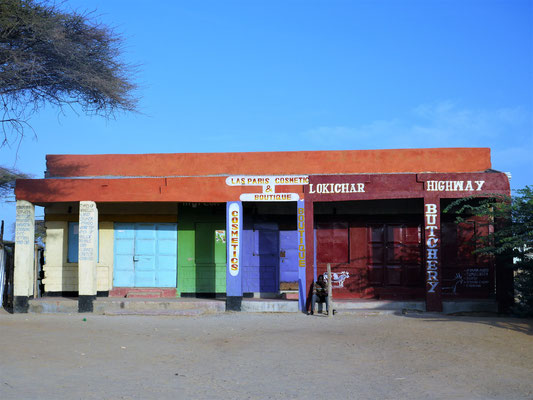 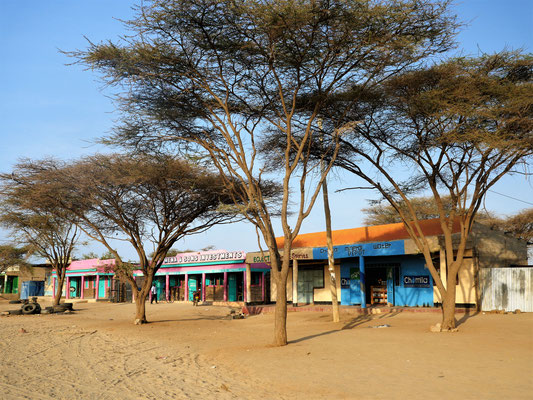 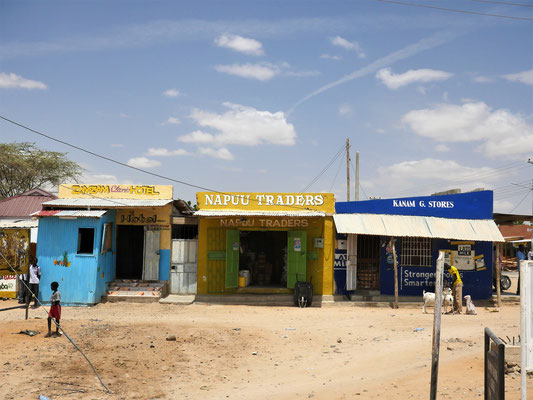 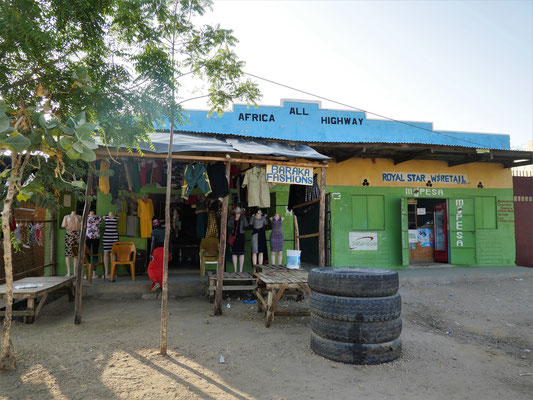 So we stuck to what we think was the B4 and arrived in Lokichar where we spent the night in the Last Chance Guesthouse (the car park of course). Lokichar is very colourful and the Last Chance both entertaining and amusing. At both ends of town is a checkpoint at which we had previously (three weeks ago) been asked if we required an escort due to the "unsafe roads" and where we were now confronted with a "thirsty", officer. However he declined the offer of my half empty 333 ml bottle without further ado. 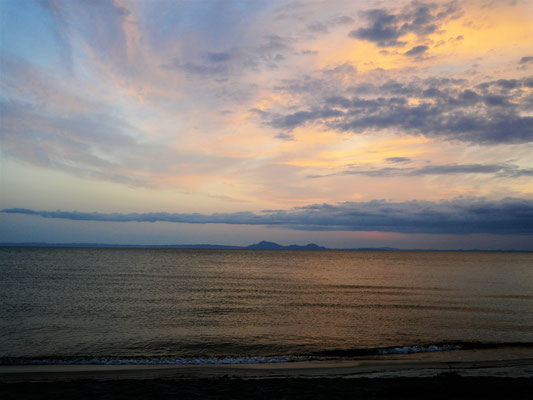 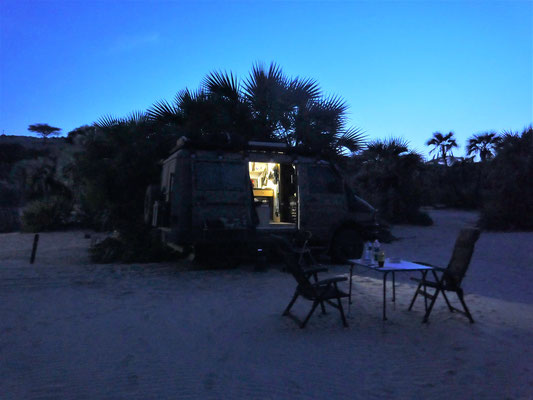 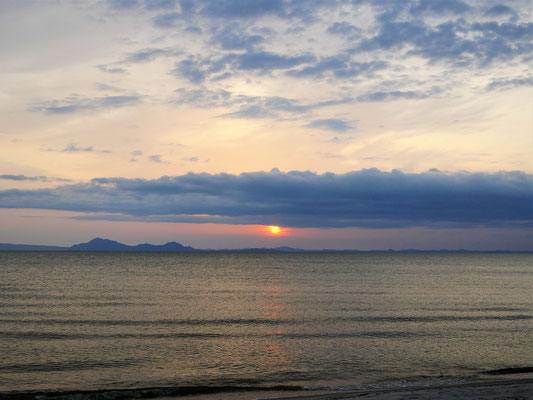 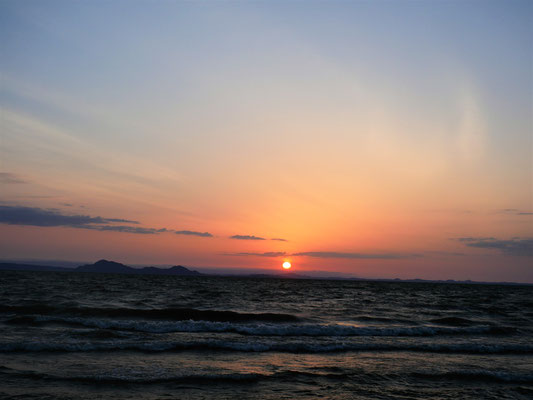 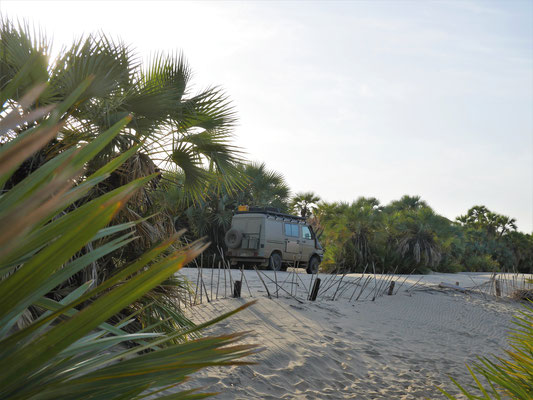 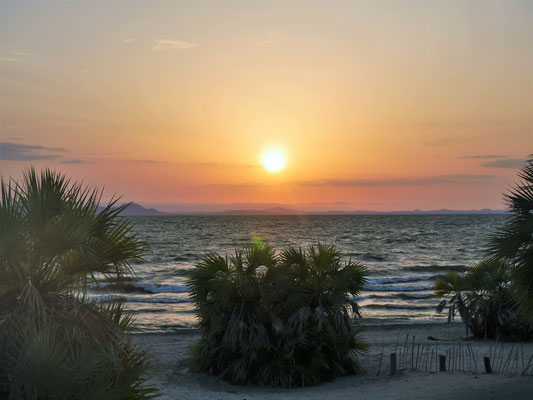 The A1 between Lokichar and Lodwar is very bad. We had allready come down this way and knew what to expect. The road from Lodwar to Eliye is sandy and actually quite good. It seems to have been levelled quite recently and where that's not the case and the corrugations too much, there are enough good tracks to the left and right of it. Eliye or Eliye Springs as it's also known lies directly on the western lake shore and has several lodges and resorts. Once again it was time to laze about and daydream for a few days. We even swam every day inspite of bilharzia and will just have to take the tablets, when we can get them and have a check up done when we get back. The water is just so irresistable and the crocodile stories seemingly just disclaimers.

Rolf, our host in Eliye, said that it was just as well that we hadn't taken the Nginyang - Lokori road. The Turkana and Pokot work together along it as highway bandits and further to the east the Turkana and Samburu are in conflict with one another. The area is not at all safe. We experienced no unfriendly behaviour and fortunately the van caused us no problems either.