The extra fuel tank takes ages to fill and so the night before setting off,  using a funnel and a yard of half inch hosepipe that we bought in Aswan, the contents of the jerry cans was laboriously transferred into the extra tank. Its pointless trying to do it at a filling station. They just have’nt got the time and lots gets spilled. Peraps we might find more diesel on the way to Meroe.

Kush had ruled over both Upper and Lower Egypt at the end of the third intermediate period and Its Qores (Kings) were also the Pharaohs of the 25th dynasty. Meroe became the capitol of Kush following the sacking of the old capital Napata under Pharaoh PsamtiK II (26th dynasty) in 592 BCE.

The city lay on the eastbank above the fifth cateract where the Atbarah flows into the Nile. The area was in antiquity refered to as an island and was surrounded by fertile grass and woodlands. The Qores and Kandakes (queens) of Kush were laid to rest in a necropolis comprising three areas, to the east of the city,  the northern, southern and western cemetaries.

Diminishing resources, a declining economy,  shrinkage of wealth, the loss of influence, all preamble the decline of Kush that by 350 CE had ceased to exist. The final blow delivered the Aksumites (Ezana or his father Ousanas) in 330 AD according to the Ezana Stone. 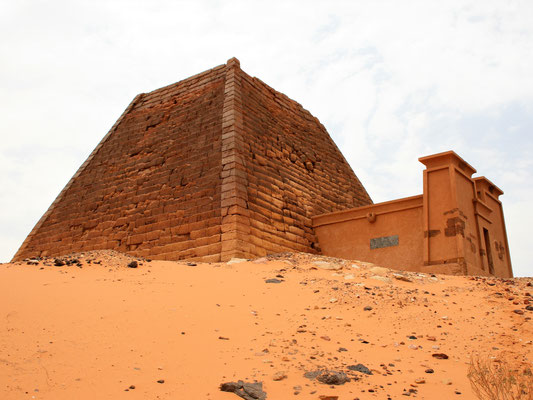 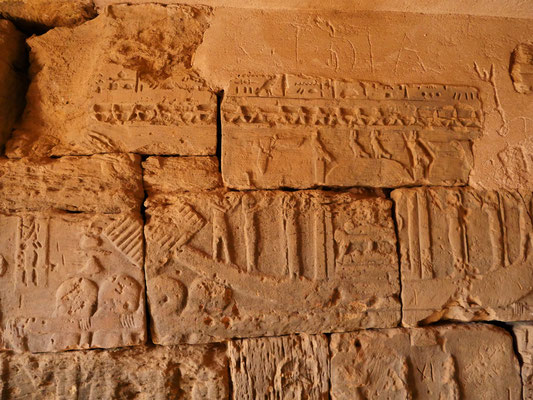 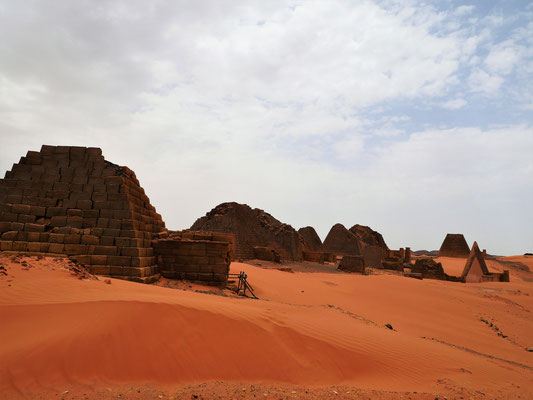 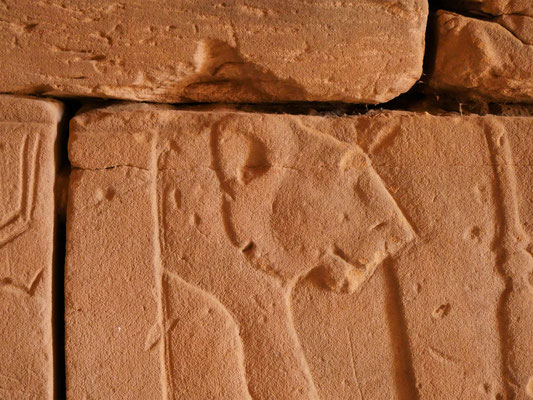 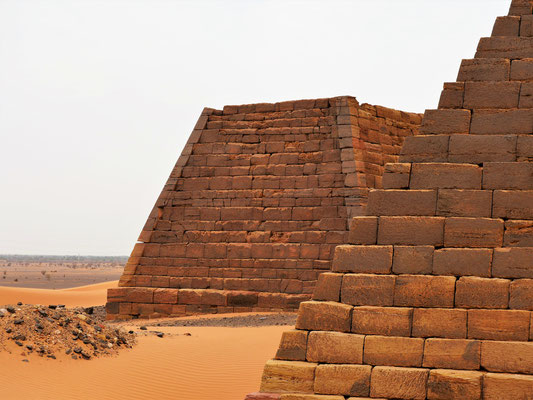 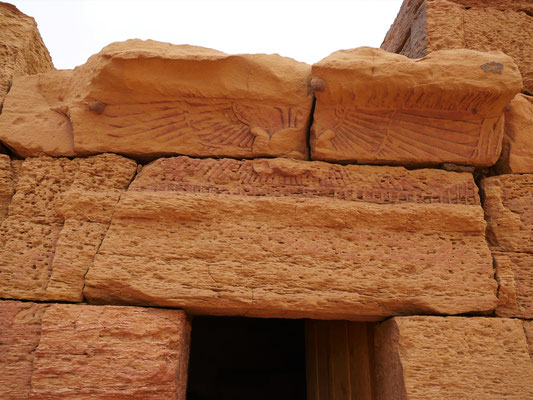 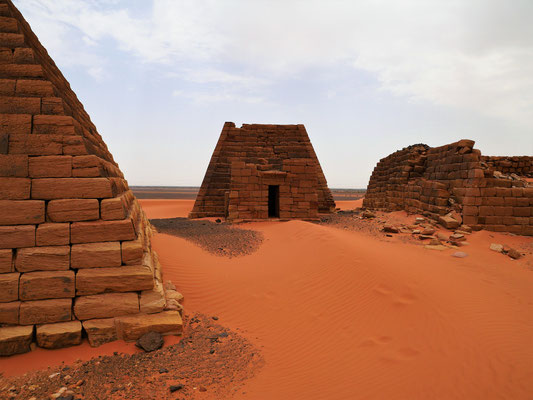 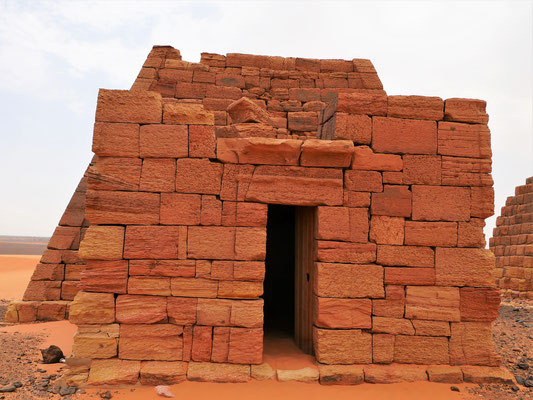 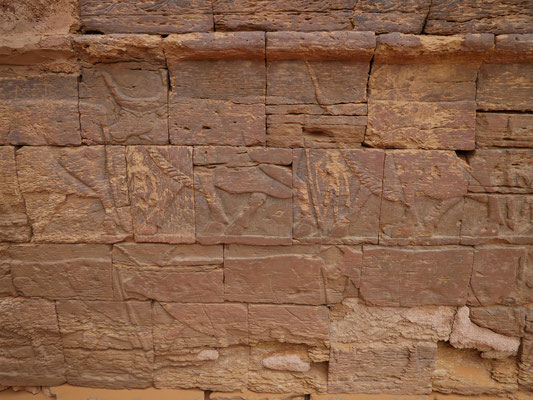 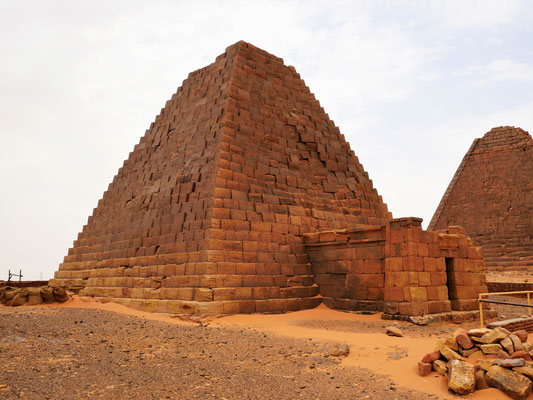 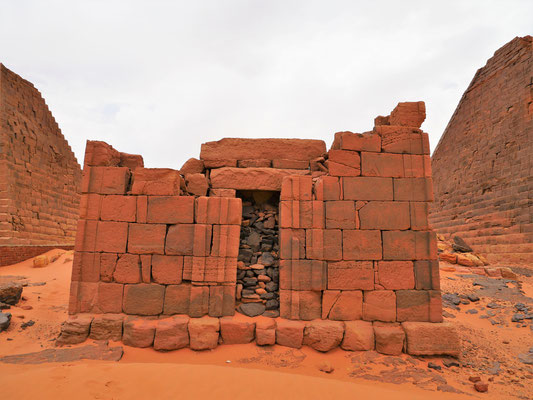 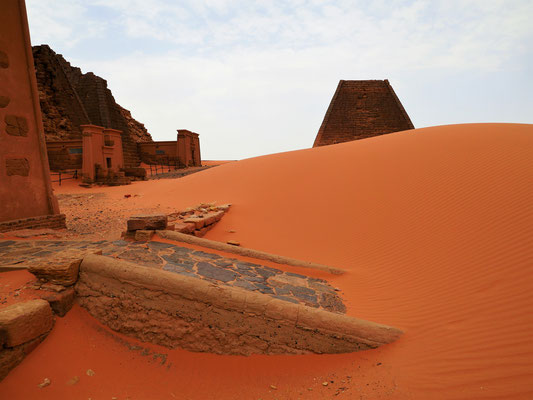 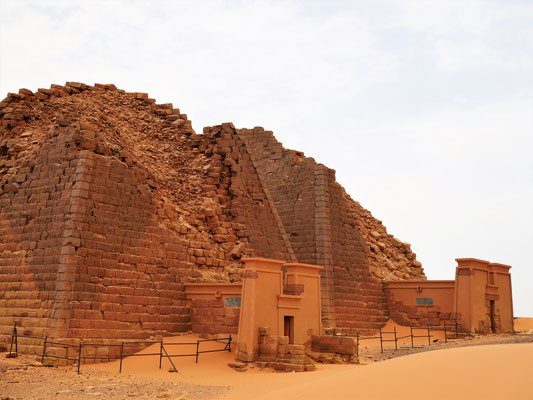 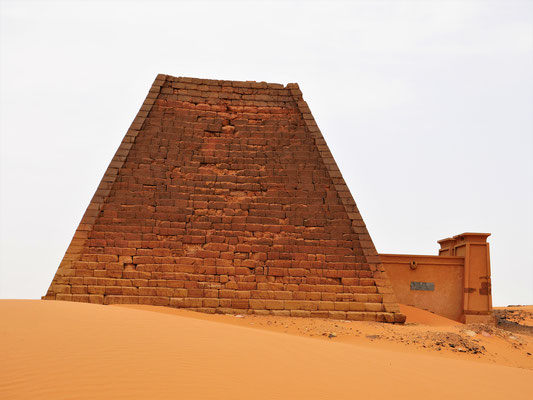 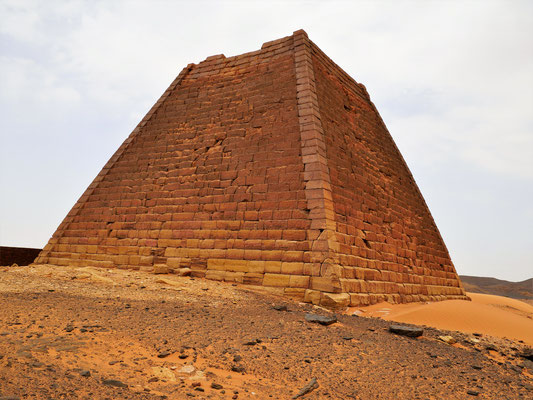 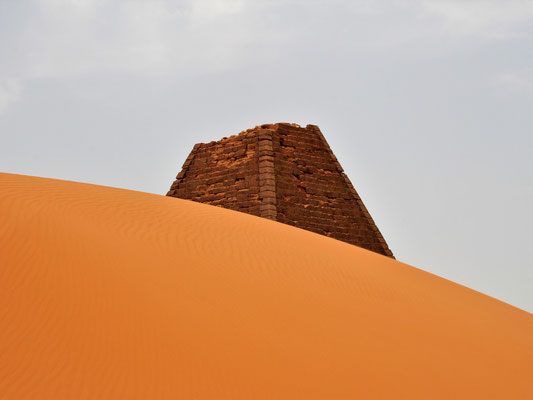 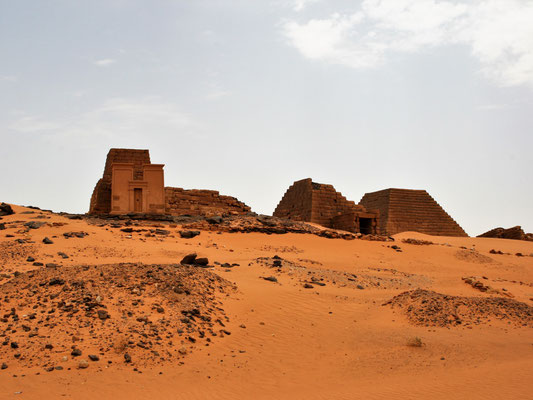 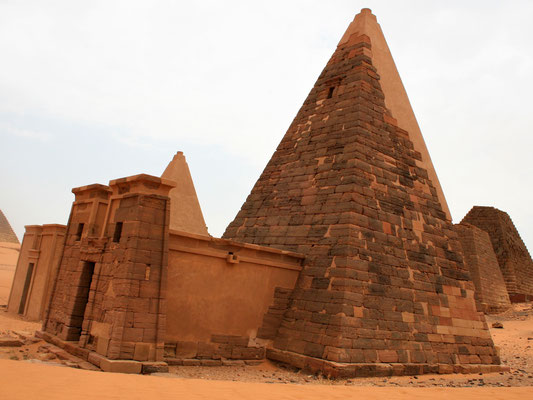 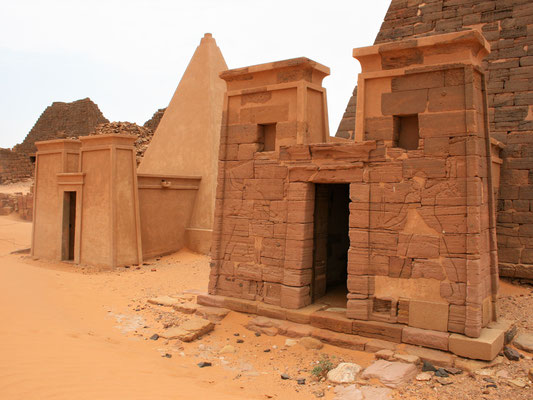 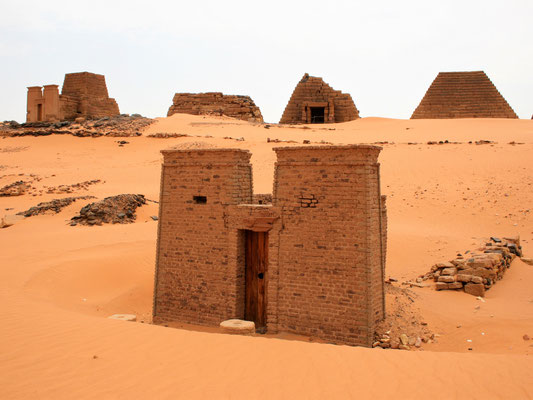 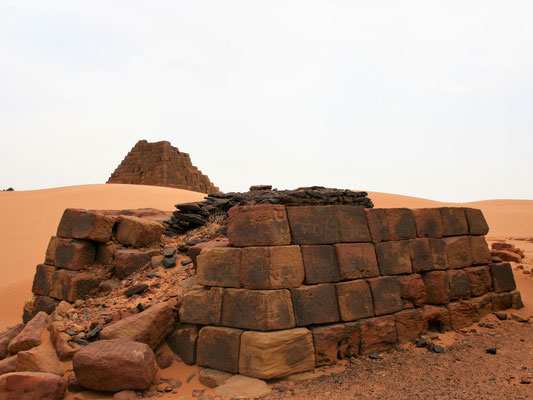 We did’nt find any fuel. In Meroe the tank was half full. Had we carried on we could have made it to Karima even if no fuel was to be had in Atbera. If however none was to be found in Karima we would’nt make it back to Khartoum and so reluctantly  turned back.