Whilst in Luxor we drove to Abydos for the day and through a rainy sandstorm. Something quite new. Happily it did'nt last very long, only a few minutes and after 150 kilometers or so of an otherwise uneventful stretch reached Nagaa. Instead of sticking to the main road which now turns sharply to the right towards the Nile, we drove straight on along minor tracks, through smoldering rubbish dumps and bloated carcases, between the settlements to our right and the hills on the left, to Abydos. As we emerged out of the middle of nowhere between the houses and through the back door, the police guarding the entrance to the Plazza before the Temple of Seti I, were completely consternated and we had to reconstruct our route several times to several people, and have our papers scrutinized, before being shown where to park. 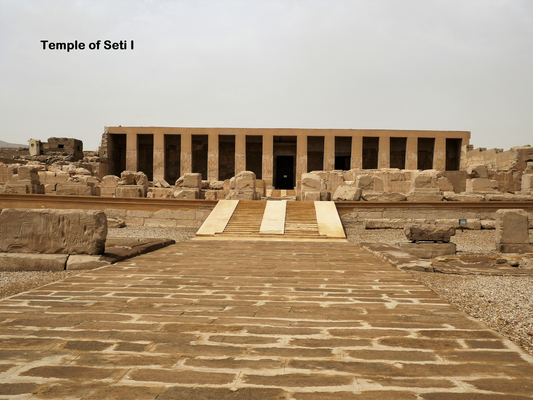 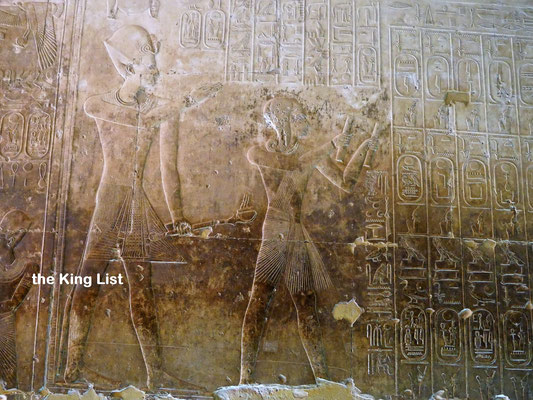 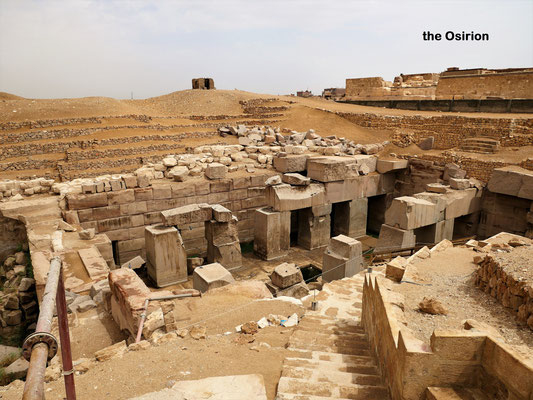 The temple itself is extraordinarily well preserved which is a blessing for the murals inside. The most famous of them if not the most enhancing is the King List. Beginning with Narmer and ending with Seti I himself, the list shows Seti I and his son Ramesses II and 76 cartouches bearing the names of revered ancestors. The most infamous purportedly showing a helicopter, a jet or a U.F.O., and a submarine or tank. The arguement favouring little green men is frankly humbug and codswallop. Behind the Temple is the so called Osirion. The age and purpose of it is still disputed. It resembles the Valley Temple in Giza. The immensity and simplicity of the stones is impressive.

We were'nt allowed to take the same way back. We had to go through the town and take the main road along the Nile which was far less interesting, time consuming and longer. Not only that, we were forced to take an escort. I complained bitterly but nothing was to be gained. A local minibus with two other tourists, only the four of us were there, waited for us pending the outcome of the negotiations and as we joined them a pickup with two policemen inside and another two on the back led the way followed by a motorcycle. I was quite vexed about it, anticipating that it would be expensive, but as we arrived at a checkpoint some 10 kilometers further on they turned back without further ado , smiling and wove goodbye.