The pyramids are probably on the top of everyones list when visiting Cairo and we were  certainly no exception. They are part of a vast necropolis to the west in Giza.

We were fortunate enough to be shown them by Doe, a local guide who had been recommended to us and who has been doing it for years. Having a guide is not compulsory, especially if you know what you want to see and where it is, but otherwise is very advisable and affordable and you won't be pestered by dozens of would be, out of work archaeologists at the entrance gates. The camel guys and souvenir sellers however won't leave you alone even with a guide and just have to be put up with. Our hotel organized a car (with air conitioning!) and a driver for a half day and off we went on a journey 4500 years back in time.

On the way we passed by the Grand Egyptian Museum building site with the pyramids in the background and enjoyed another prospect of them from the Mariott Hotel gardens before passing through the gates, the ticket office, security and at last stood at the foot of the Great, the Khufu (Cheops) Pyramid.

We were on the plateau opposite the northern face, the side with the so called Robbers Tunnel and modern entrance. Doe explained and related and she gave us plenty of time to walk around and contemplate, admiring, gazing in awe, and taking photos. Avoiding the camels and the Chinese in the motiv was challenging and the few shots we achieved will remain a cherished and lasting memory of a very special moment.

Due to the crowd and the time involved we didn't go inside but drove up the hill to the panorama car park directly to the west of the Menkaure (Mykerinus) Pyramid and to more photos. Upon our return we visited the pyramid of queen Henutsen which we had almost to ourselves. 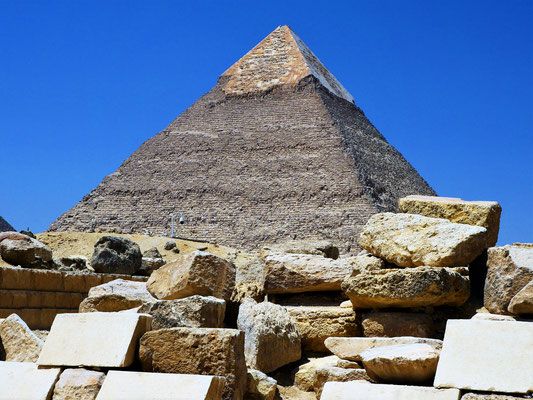 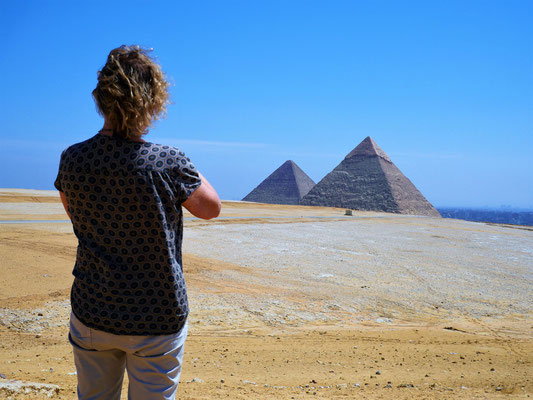 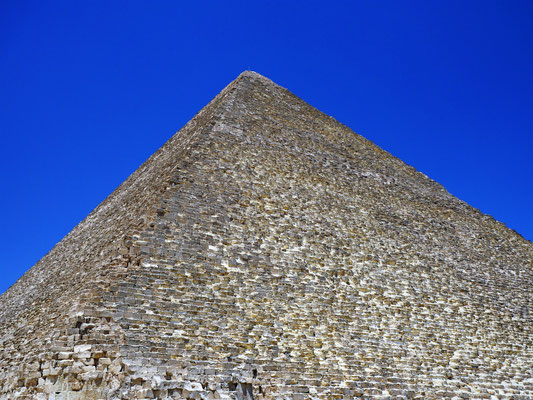 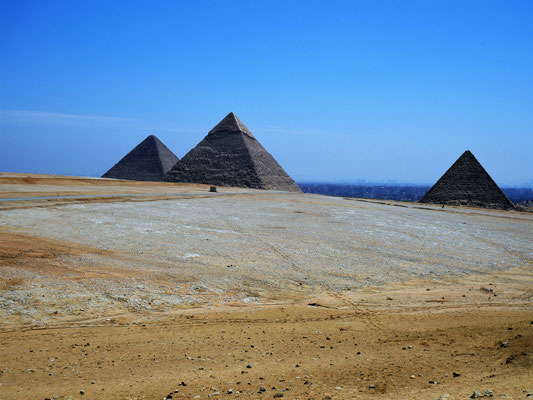 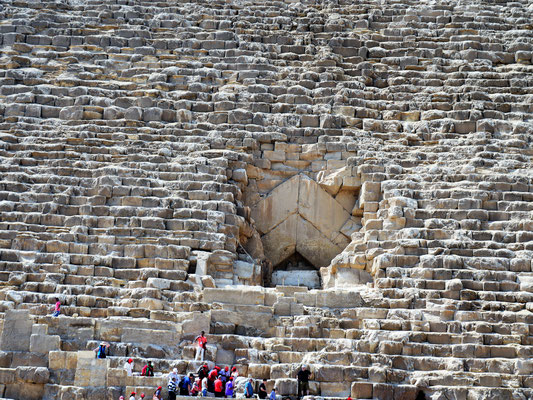 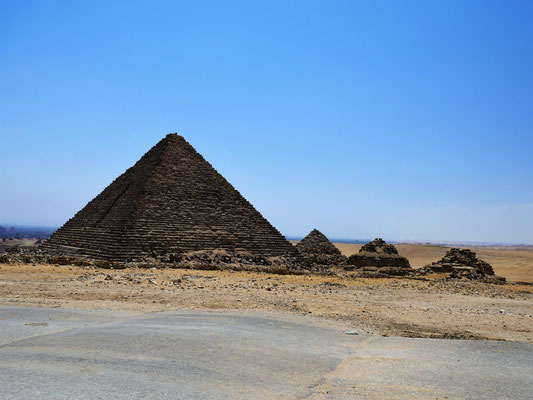 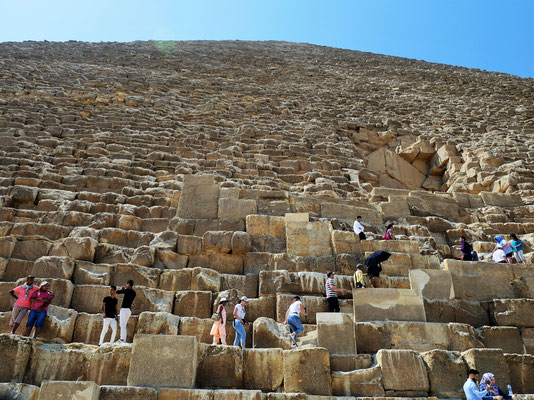 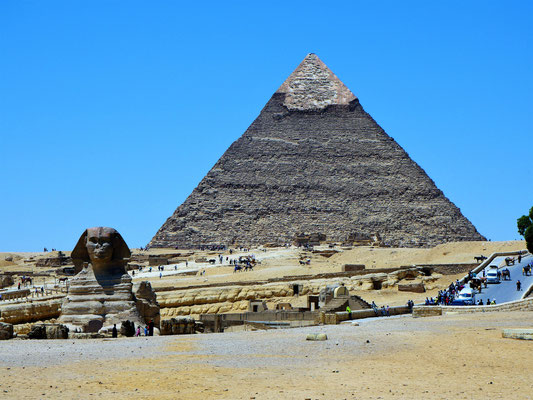 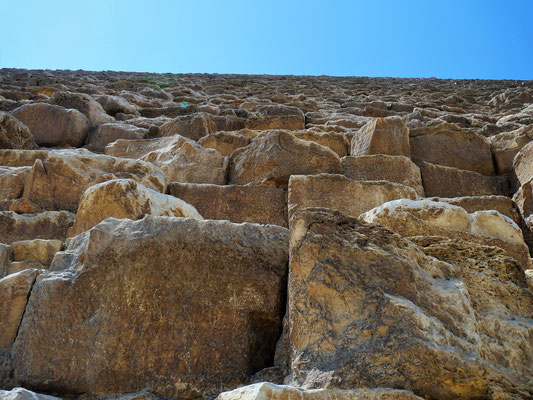 Next on óur list was the Boat House, an ugly lump to the south of the Great Pyramid containing Khufus Solar Bark. In contrast an exquistite ceremonial vessel, worked in Lebanese cedar. An impressive 144 feet long and 150 tons heavy, yet so graceful, so still and so silent. It was burried dissembled in 1,224 pieces in a pit carved out of the bedrock under where it now stands and was discovered in 1954. The restoration and reconstruction encompassed twelve years. 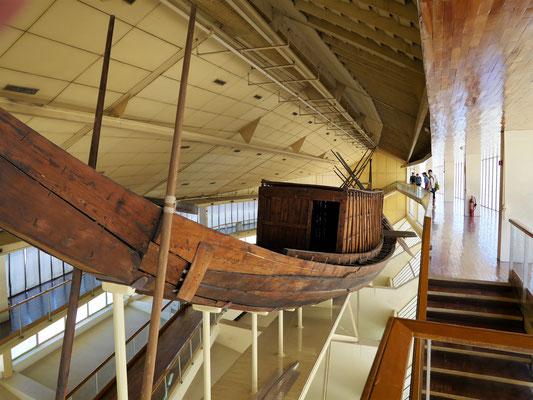 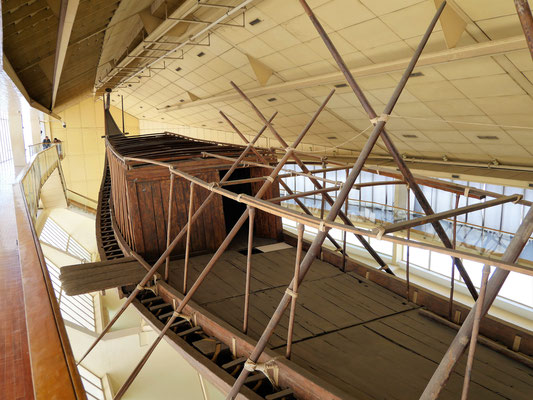 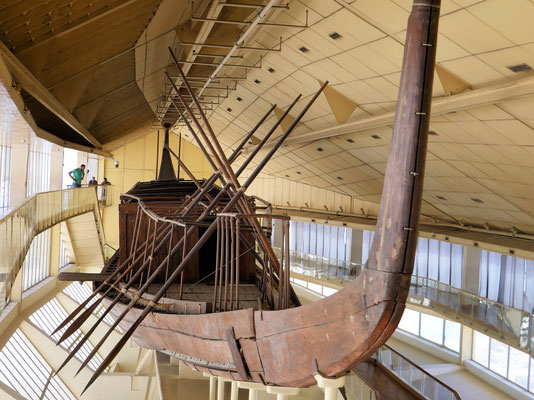 Thence onto the Valley Temple, an intriguing structure. Built using huge limestone blocks quarried from the stone surrounding the Sphynx and cased in Aswan Granite. The building is attributed to Khafre due to the causeway leading from it to the Funerary Temple in front of his pyramid and statues of him found there. Some believe that it could be older like the Sphynx itself and the adjacent Sphynx Temple, eventually even predynastic. 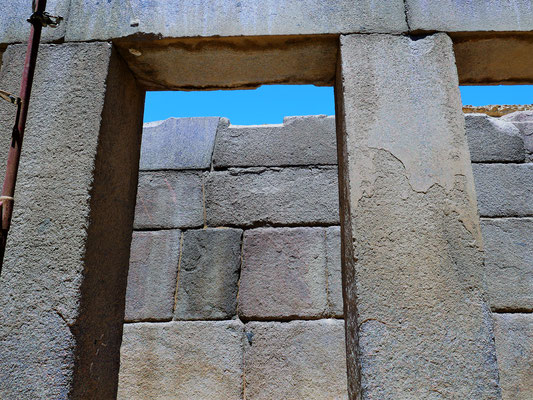 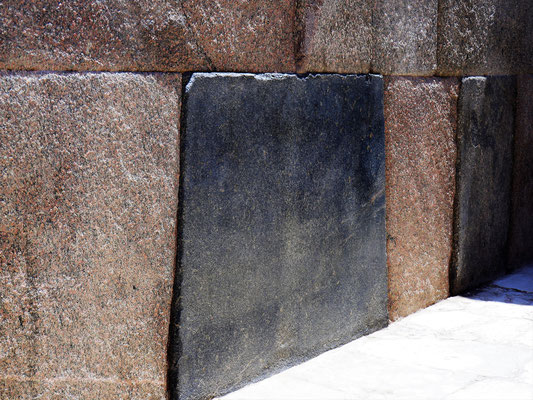 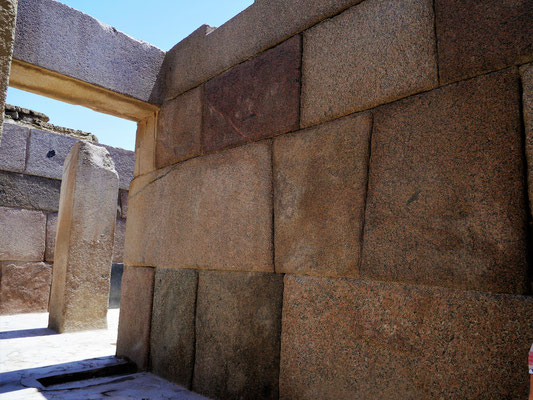 Through a corridor on the right of the temple began the Causeway and next to that our last sight of the day the Sphynx in all its majesty under a blazing blue sky.

The Sphynx has many names. The name Sphynx is Greek and referes to a Greek mythological creature with a lions body, a womans head, eagles wings and a serpents tale. To the ancient Egyptians it was known as Shesepankh (living image) and Horemakhet (Horus of the Horizon). The Copts call it Bel-hit (the Guardian) and in Arabic it is known as Abu al-Hawl (Father of Terror). It maybe a lions body or that of Anubis. Its head depicts either Khafre or his father khufu and was perhaps recarved from that of a lioness or a jackal. Perhaps Khafre had it built, perhaps his brother Djedfre (Radjedef) or their father Khufu. Perhaps it was built by someone much earlier even predynastic. It is in short to this day still a complete mystery. 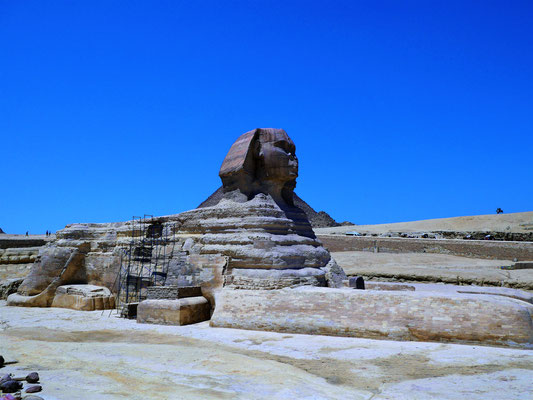 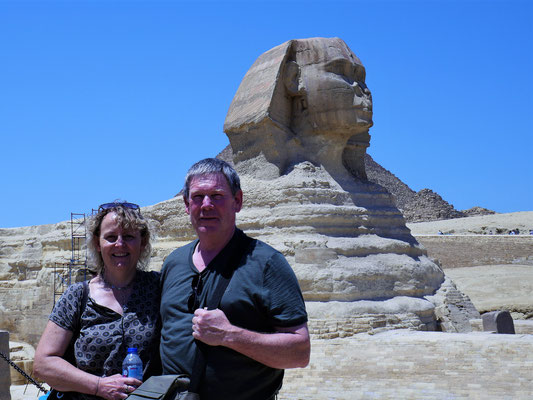 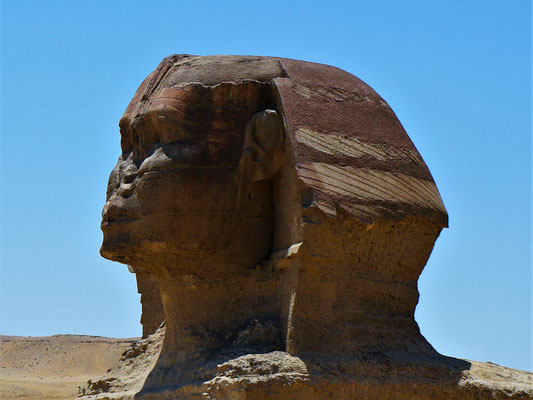