The weather couldn't have been better and as we neared Kimana we had a magnificent view of the Kilimanjaro. Its highest peak is the Kibo, 5895 meters above sea level and the highest in Africa. The next morning was overcast and remained so for most of the day. That didn't disturb us though and the wildlife seemed to relish the cool air and turned out in abundance as we drove through the Amboseli. 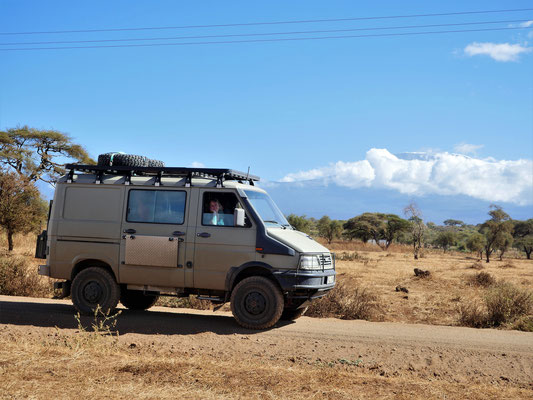 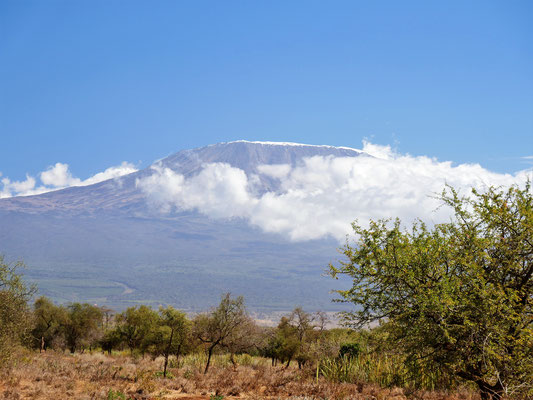 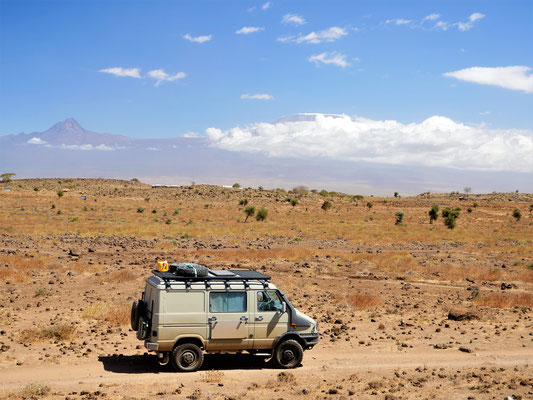 The history of the present day Amboseli began in 1906 when the Southern Maasai Reserve (27,700 km²) was created by the British colonial governement. In 1948 part of the reserve (3,260 km²) was placed under the administration of the National Parks Trustees and renamed the Maasai Amboseli Game Reserve. In 1971 President Jomo Kenyatta decreed that an area of 392 km² surrounding the main swamps was to be used solely for wildlife and tourism. In 1974 the 392 km² became a national park and in 1991 declaired a Man and Bioshere Reserve by the UNESCO.

Compared with other national parks such as the Maasai Mara (the most popular park in Kenya) or Tsavo, Amboseli is small. However its wildlife concentration almost guarantees numerous and diverse sightings. It is the second most visited park in Kenya.

The Kenyan Wildlife Service along with many other governing bodies of African national parks unfortunatly seem to be "outsourcing". The result is that in Amboseli there is no campsite at the centre of the park and in the privatly run lodge that is there, overlanders are not appreciated, unless one spends the night in one of their expensive rooms. The park entrance fee was 60,00 USD each and 3,00 dollar for the car, well worth it.

We arrived at the Kimana gate late in the afternoon, hoping to sleep outside and enter the next morning. They open at six. The private lodge just outside the park at the Kimana gate was fully booked and the receptionists couldn't comprehend that we didn't want a room but just somewhere to park as it were. They were "booked out anyway". The Kimana municipal campsite, which was just next to the lodge had space, for 1000 !!! shillings, basically a car park with a long drop somewhere. We would have been the only people there. Inside the gate is a KWS campsite at the park HQ  well out of the way, which offers little more for 30 USD !!! We were allowed to spent the night, without bribing, on the car park at the gate (Olkelunyiet, on the map shown) by a corporal. The park official wasn't happy about it but the soldier had his way.

We hoped to take full advantage of our 24 hours and sleep in the park at the Meshanani Gate through which we intended to leave the park the next morning after a short game drive. Our corporal said that it would be possible and that he would have a word with his companions there.

At the gate, however, although the park official gave his approval, the soldier involved wasn't having anything to do with it, without a bribe, that is. He bade me into a room where we were alone, grinsed like a silly little girl, and said that normally the price for camping was 3000 shillings !!! I replied that bribing was illegal, that corruption is not acceptable,  that he should be ashamed of himself and that he was a disgrace to the uniform he was wearing !!!. As I walked out of the room he was still figuring out what I had said and as I reached the van he followed, mumbling some incomprehensible nonsense. The park official opened the gate and we left. The road to Namenga (50 km) was bad and It was dark as we got there. Namenga is a typical border town and so we drove out as quickly as possible. That night we slept at a 24 hour filling station about half an hour from Namenga on the road to Nairobi. It had been a fantastic day.