"The Garden under the Moon" is not only a fitting description for this extraordinarily beautiful landscape, but also and probably not just by chance happened to be the name of our basecamp in the White Desert. The owner, Helal is of Bedouin origin and very proud of it and he absolutely loves his desert, his home, his Garden under the Moon. He is very knowledgeable about it and all together a cheerful, entertaining and thoroughly charming person full of anecdotes and stories.  In short a perfect host, even a friend, all be it but for a few days. We`re very glad we met him. 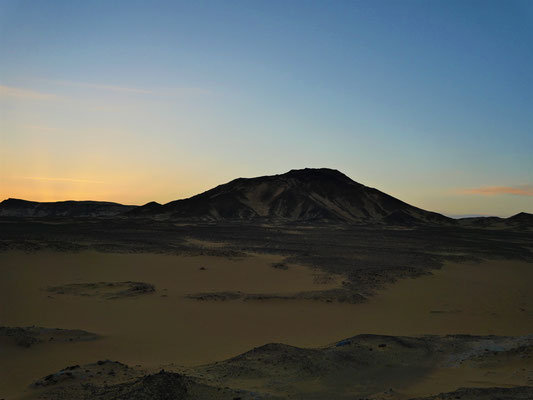 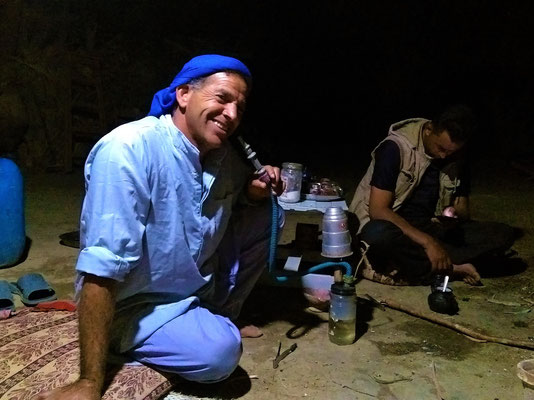 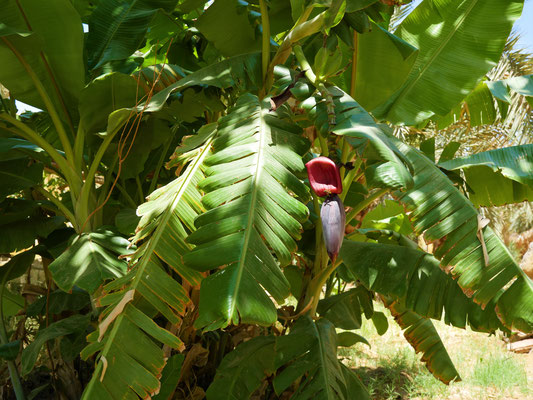 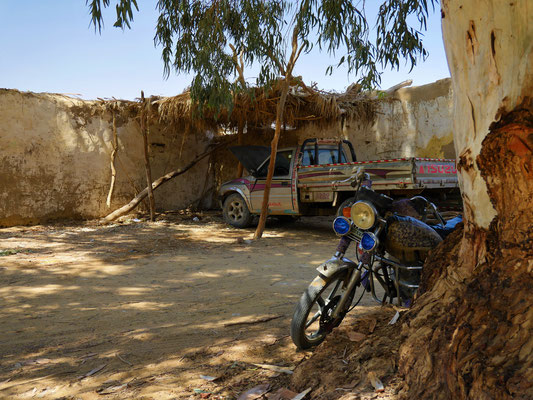 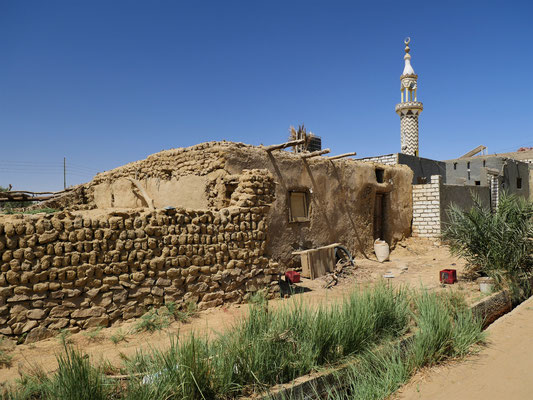 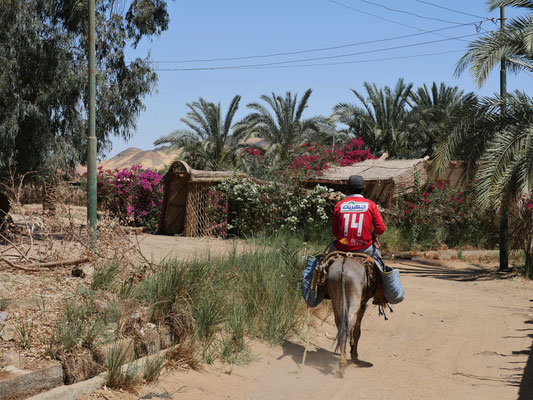 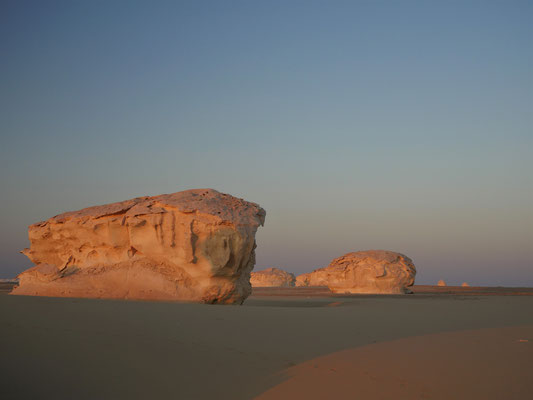 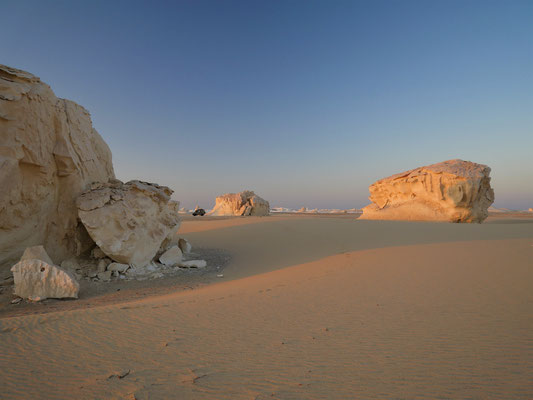 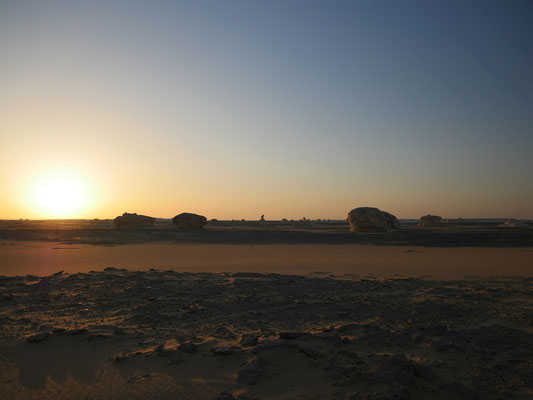 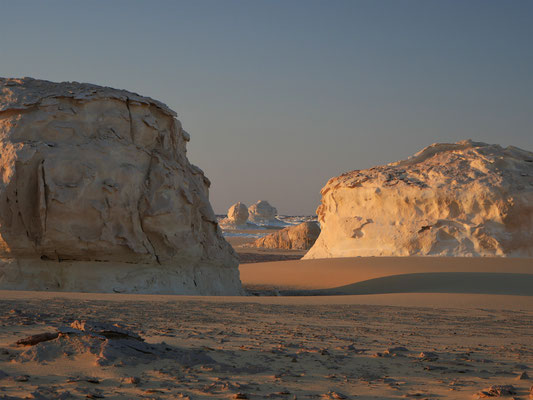 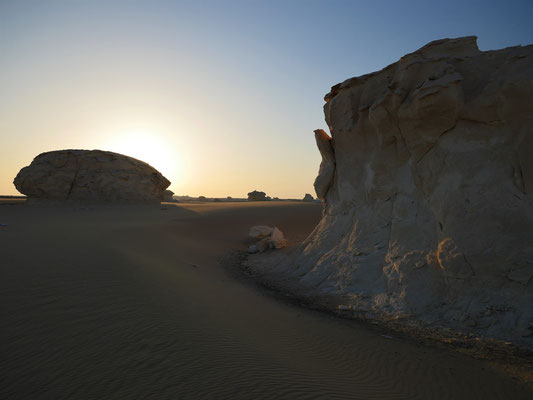 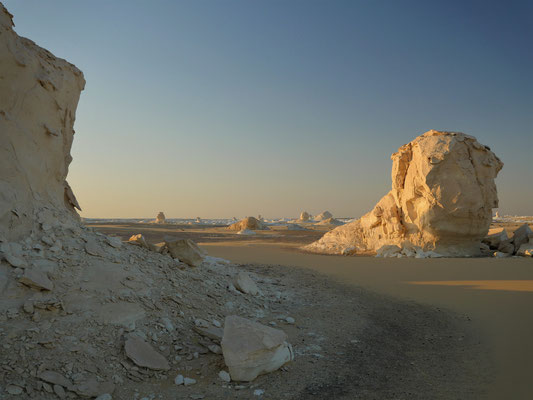 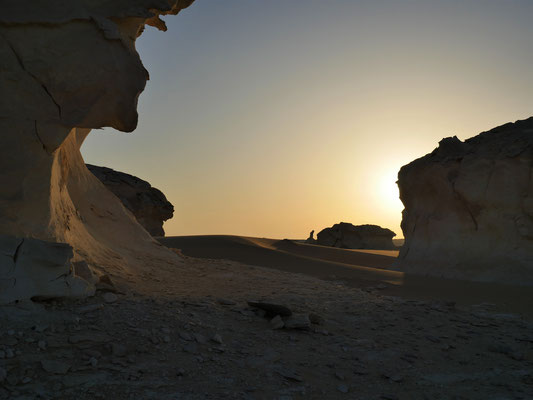 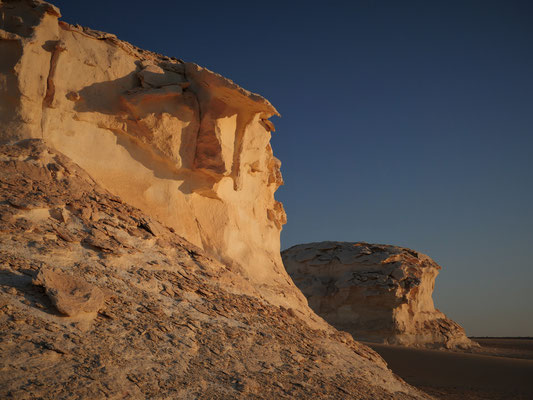 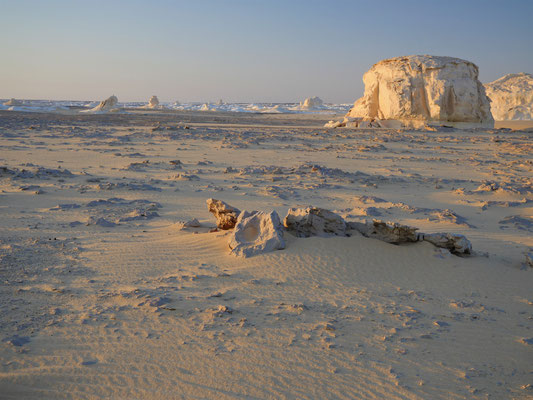 Because of a terrorist incident in the Bahariya Oasis in October 2017 the local police are supposedly and understandably so, particularly vigilant at the moment. We had heard rumours of  tourists being turned back, "for your own safety" and were therefore as we set off early in the morning in Abusir, anxious not to be noticed or at least not to be paid too much attention to. Egypt  however is full of checkpoints (and speedhumps). Despite our discernment, by dusk we had reached our destination without any problems other than the van. Some checkpoints didn't seem to be occupied and at those that were, we didn't seem to be of any concern. 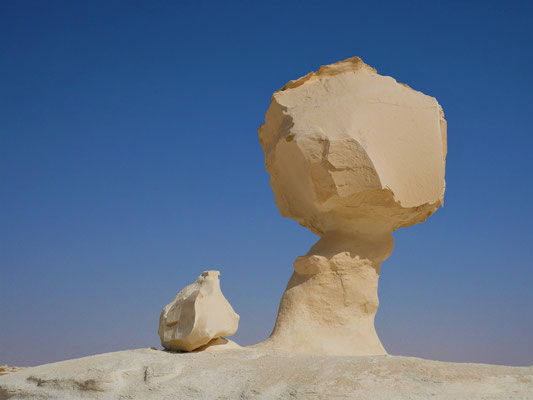 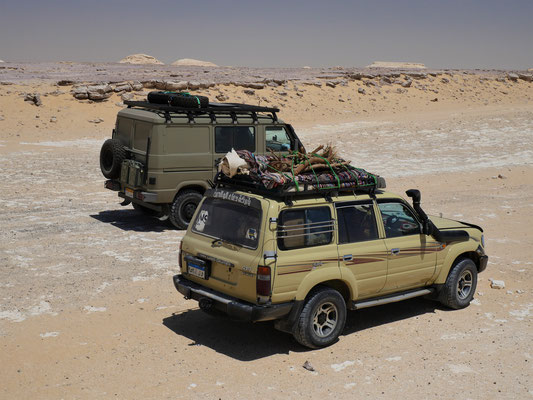 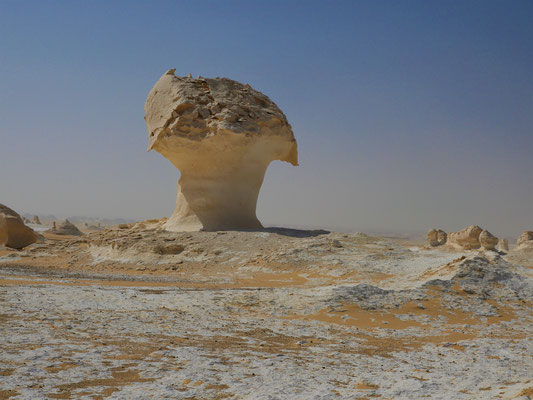 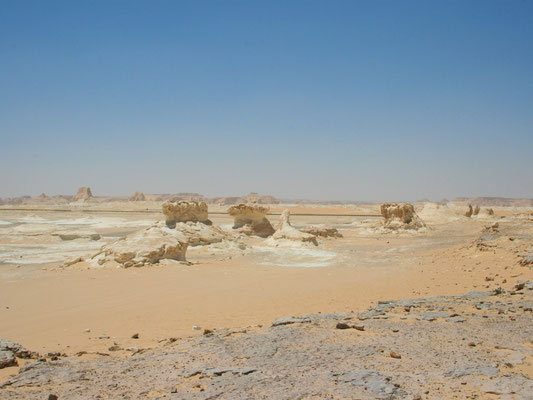 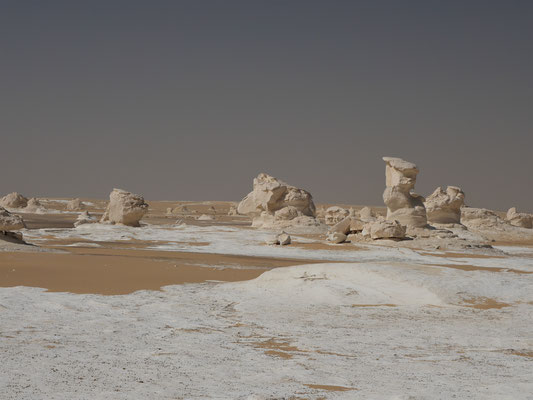 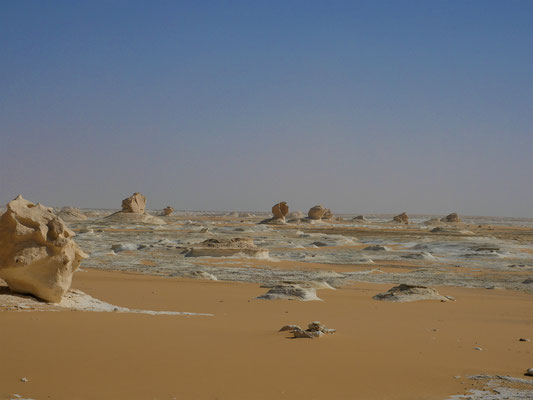 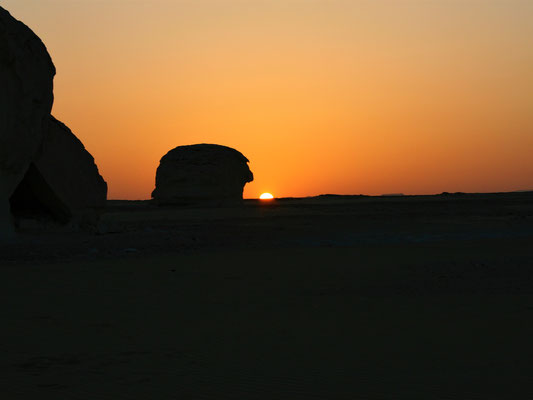 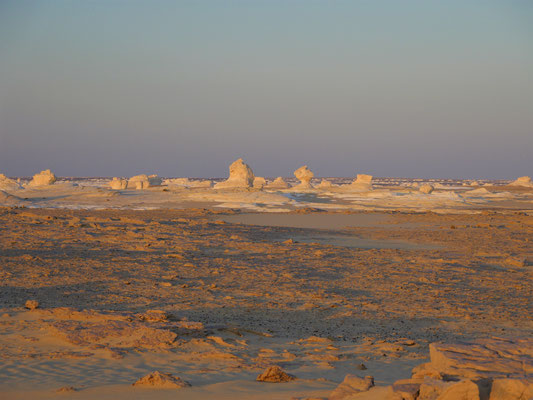 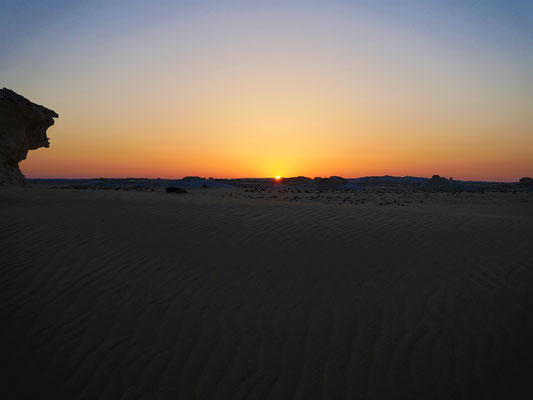 the following days at "The Garden under the Moon" and in the White Desert will always remain unforgettable. We wish we had stayed longer. The white Desert will hopefully be visited by more tourists so that it's future will remain secured. It has the status of a national park and has been a protected area since 2002. Several companies operate in the area. I can heartily recommend the one linked below.

Helal, besides being a perfect host, a musician and a good cook, happens to be a bit of a jack with engines. Since quite some time the van won't start when the engine is hot. This was very easily solved by letting it cool down. Depending on the ambient temperature  that could take half an hour, even with the bonnet opened, which is a bit of a nuisance at a checkpoint. I do have a switch in the dash enabling the radiator fan to be turned on irrespective of the engine temperature. Using the switch helps if I know I'll be turning the engine off in ten minutes but that's not always  possible either. Now however the engine turned itself off when in low revs and would only start once the pressure had been pumped up. In addition to that the diesel filter now had a leaky seal which we temporarily fixed with teflon tape and a piece of rubber. I had a spare filter but no spanner. Fortunately the rubber seal held for the entire trip including the 30 odd kilometers to Farafra where a mechanic despite it being a friday in Ramadan, changed the filter late in the evening and at a very fair price. At the moment the engine doesn't stall any more and keeping an eye on the temperature gauge has become a habit.