In Alexandria a decision had to be made concerning our next destination. We had both had enough of cities for the time being and looked forward to driving through the desert. However the only available road leading into the new valley was via Cairo. We would, on the way, stopover in Abusir for a few days to see yet more Pyramids or as Sig prefers and persists to say, yet more dead stones. Including those at Saqqara and Dashur.

The Djoser Stepped Pyramid in Saqqara, UNESCO world heritage site, famous, unique and absolutely magnifiscent. Enough has been written elsewhere and I have little to add. I am aware that we are truly privileged to be able to have been there and am deeply grateful. The two neighbouring pyramids of the complex, that of Unas and Userkaf can be seen respectivly below and at the beginning of the video. We had splendid weather and very very few tourists. 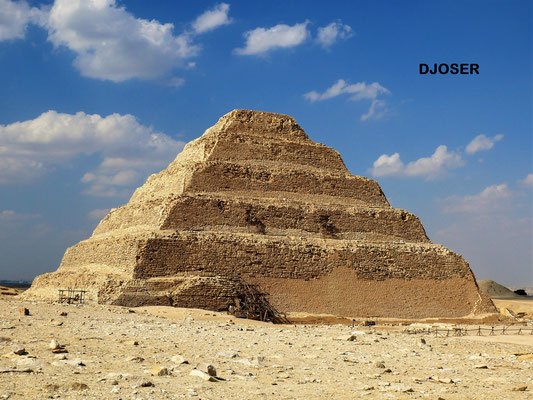 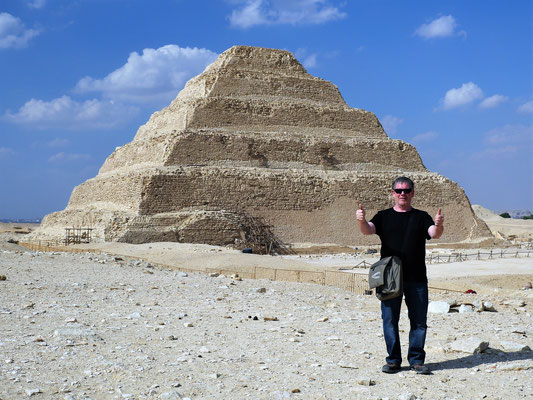 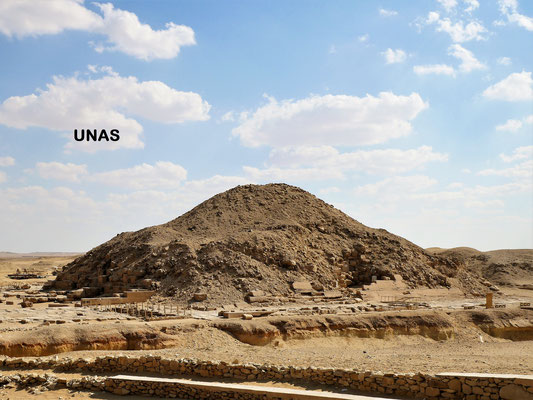 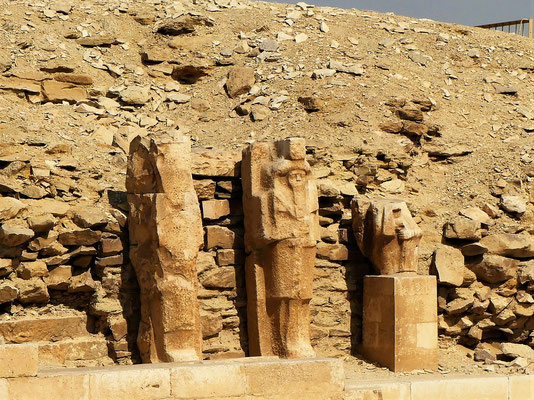 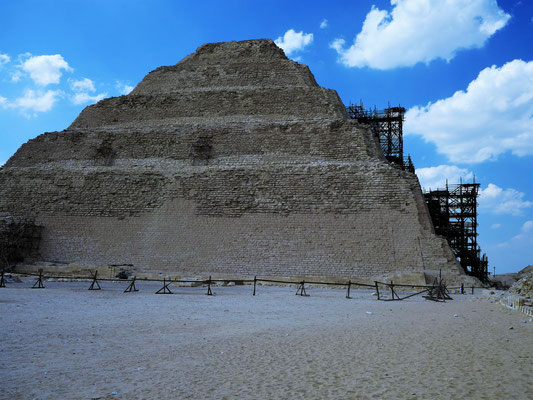 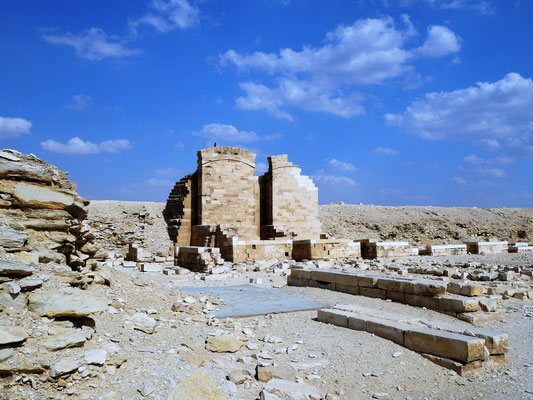 To the north we could see as far as Giza to the left and Abusir to the right. Abusir was closed for some reason whilst we were there, perhaps due to the lack of visitors. To the south we had an astonishing view of the Dashur Pyramids. The following day we visited the Red and the Bent Sneferu Pyramids. 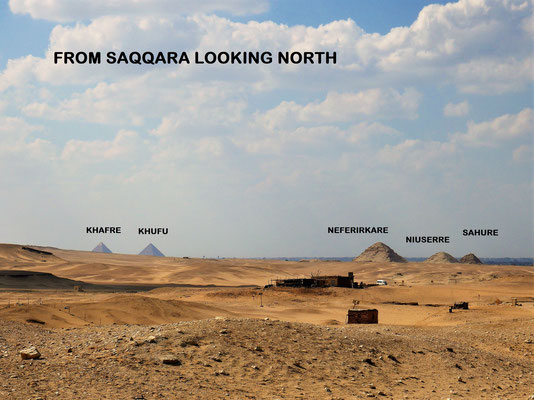 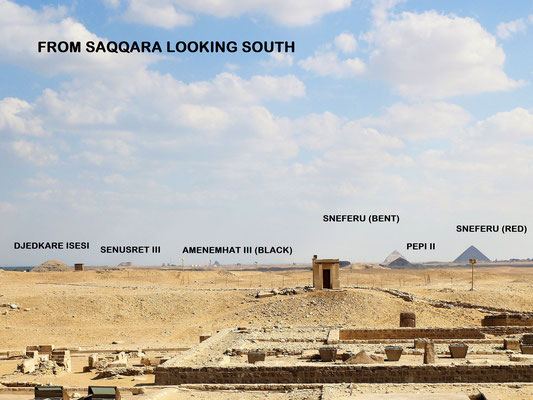 The Red Pyramid also known as Sneferus Northern Pyramid is together with the Bent Pyramid the most frequented site in Dashur and supposedly the blue print for the Great Pyramid at Giza (Sneferu was Khufus predecessor and possibly his father). Inside the Pyramid I was completely alone. The small passage behind the entrance descends 63 meters to the first vaulted antechamber. Through a low opening I then entered the second antechamber at the far end of which a wooden scaffold led up to the burial chamber (unfortunatly closed). I cannot find the words to describe my feelings whilst down there. They will remain unforgetable. 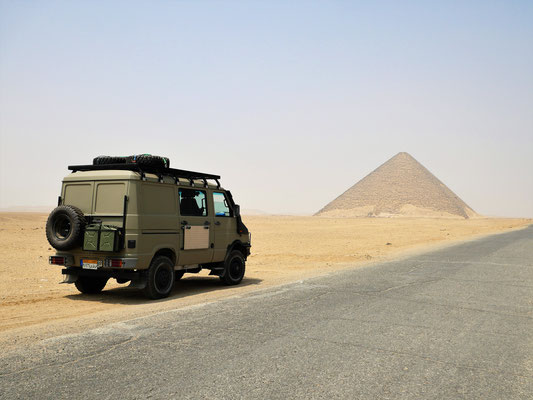 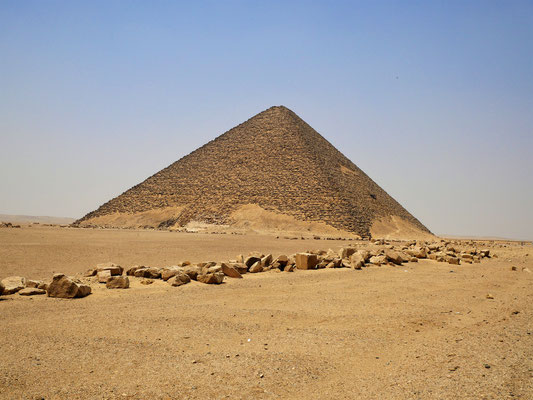 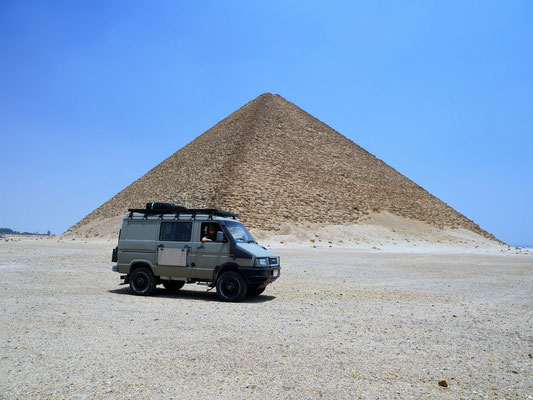 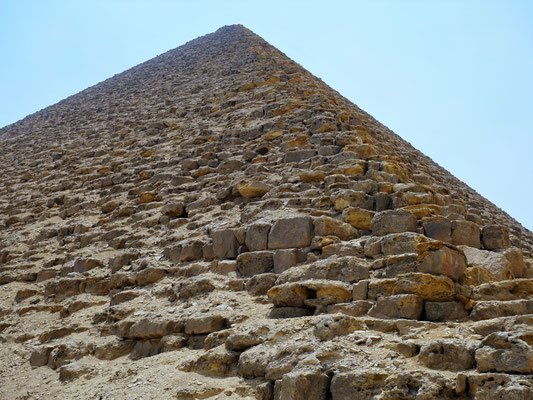 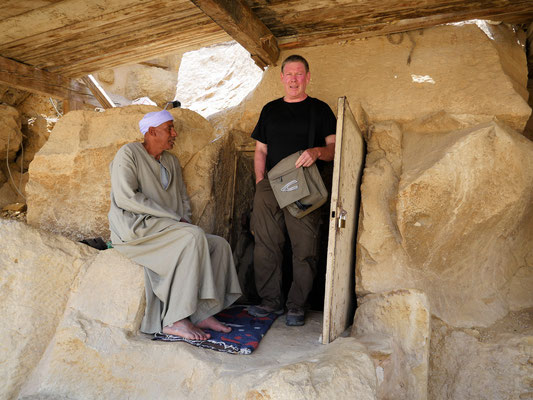 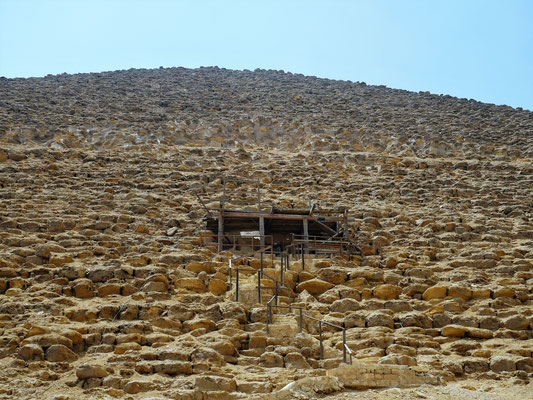 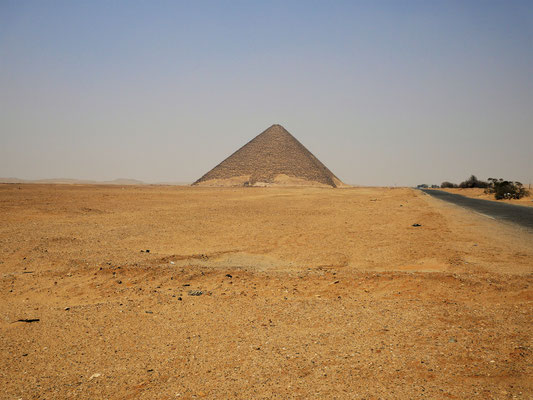 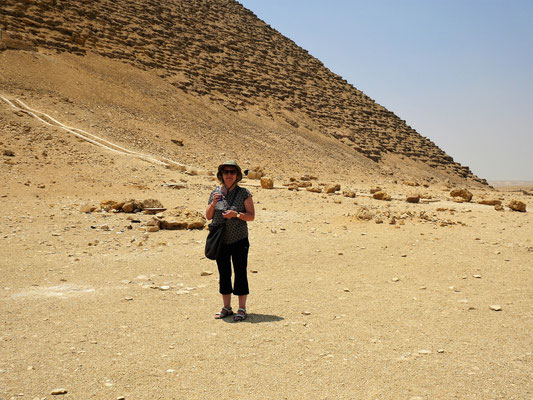 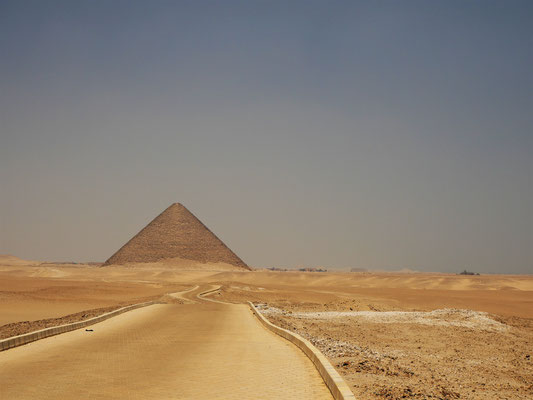 The Bent Pyramid or Sneferus Southern Pyramid is about 2 kilometers to the south of the Red Pyramid and was the first of the two to be built. The change in gradient and comparativly well preserved casing make this Pyramid equally unique. 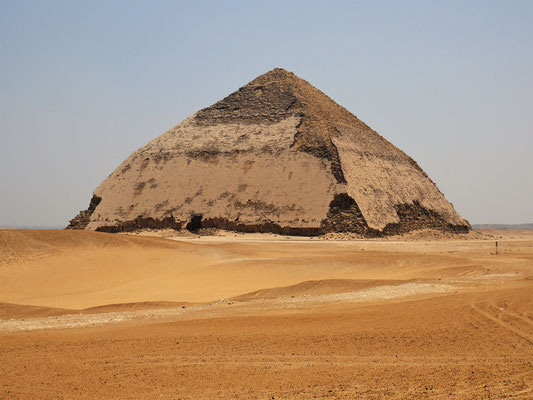 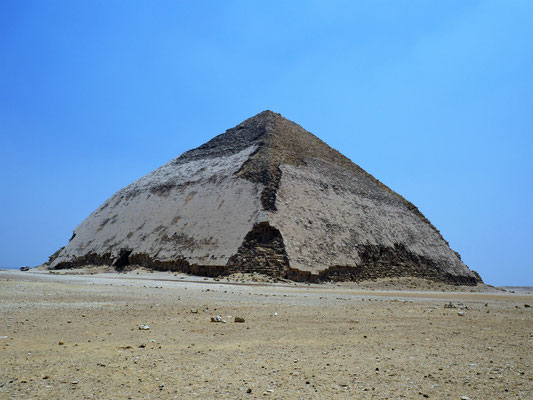 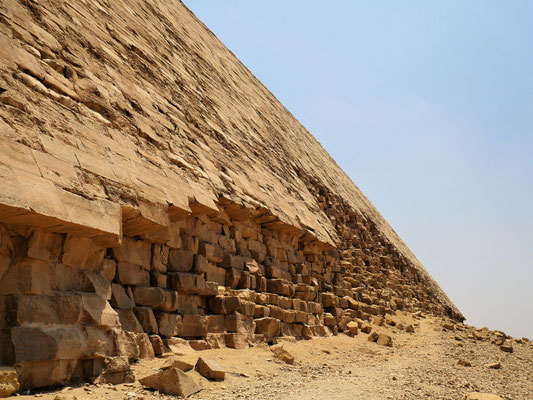 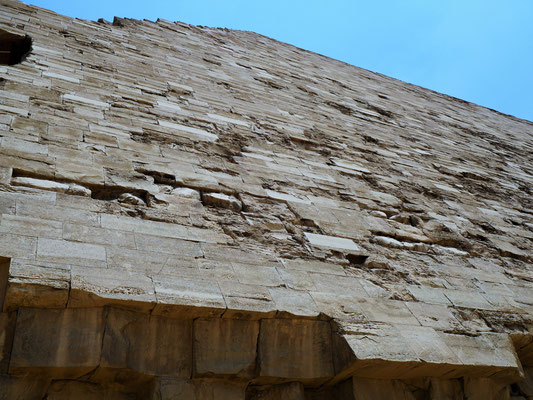 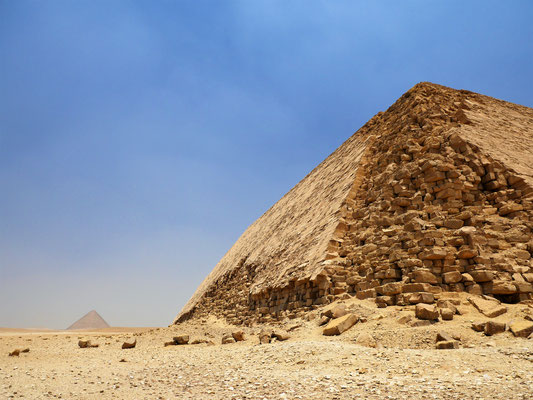 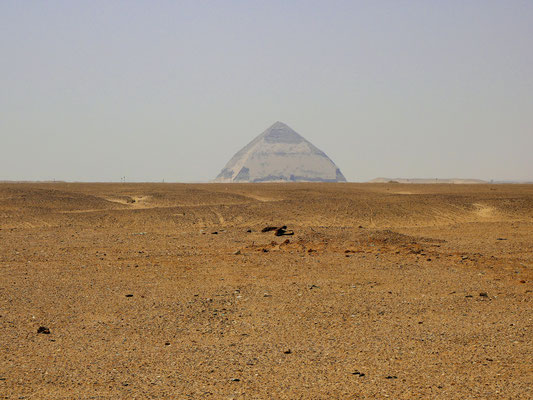 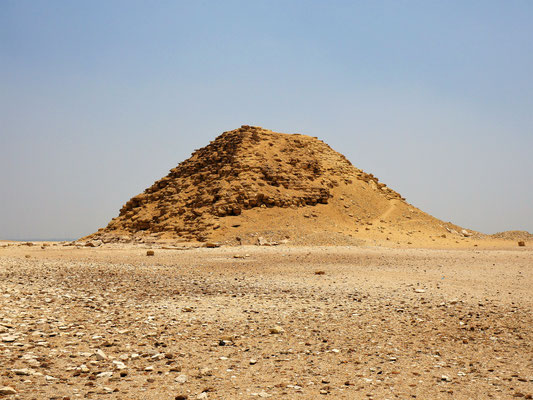 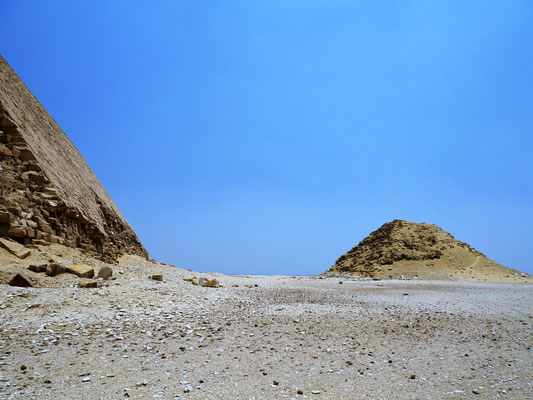 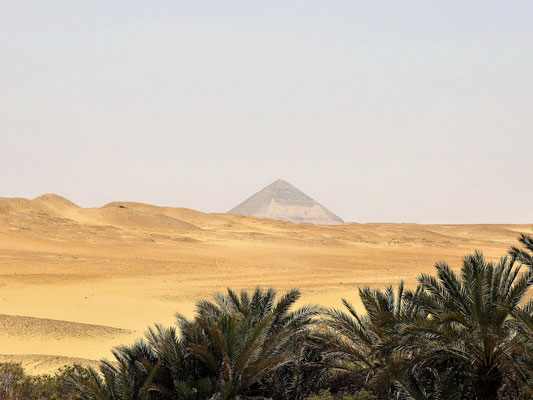 The Black Pyramid (Amenemhat III) seen from a distance. It cannot be be reached by car and we were toward the end of a hot and strenuous day very prudently not inclined to walk there and back.. 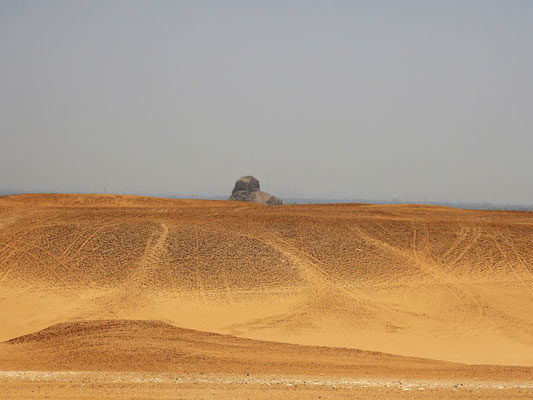 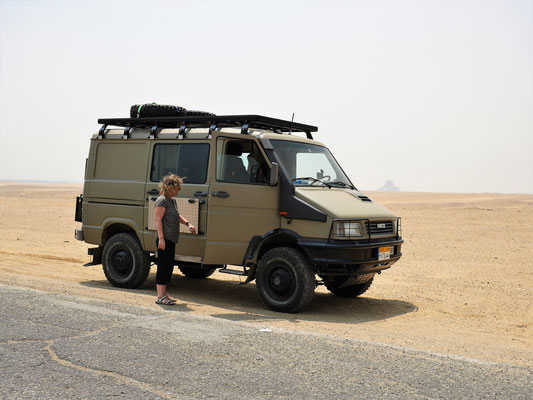 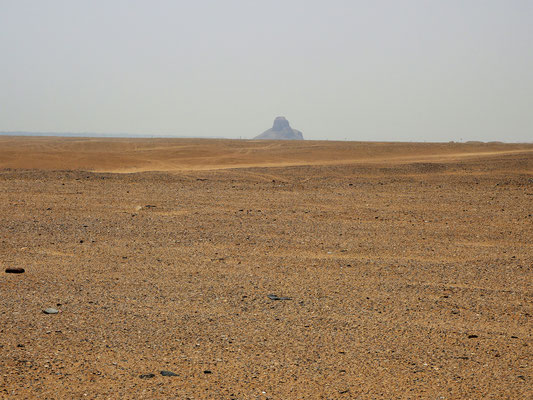 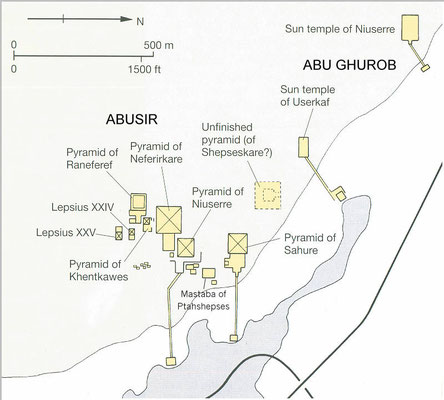